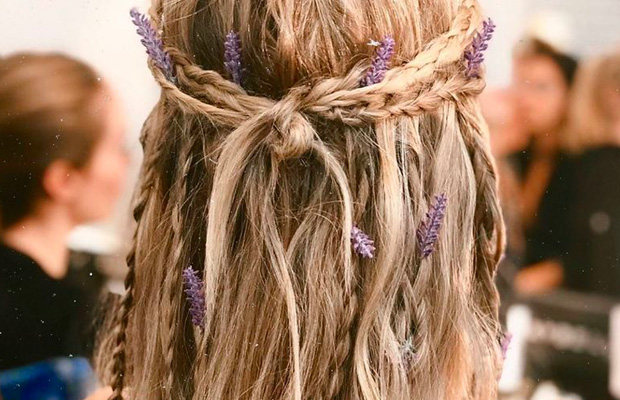 New York Fashion Week did not disappoint with the hairstyles for SS20, drawing inspiration heavily from the 80s and from our growing obsession with the royal family. Sure, not all of these looks are safe for work but there are definitely some cool ideas you could make more wearable. So, whatever your plans are next summer, these are the hairstyles to start practising. 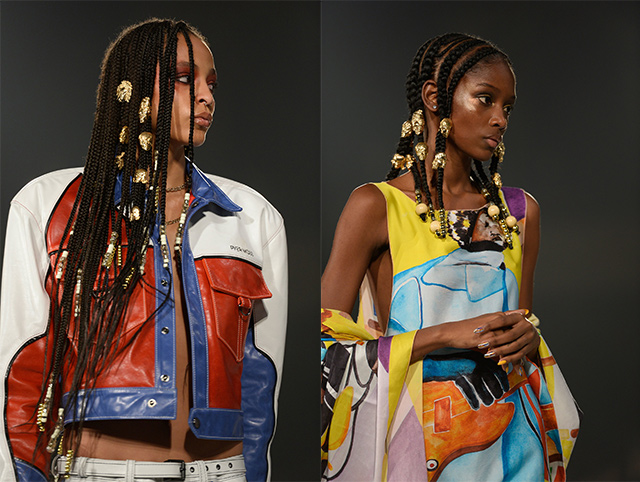 Designer Kerby Jean-Raymond was inspired by songwriter Sister Rosetta Tharpe who is considered the godmother of rock’n’roll. Stylist Nigella Miller created these embellished braids with hair jewellery by designer Johnny Nelson. He’s a New York based designer who’s heavily inspired by the neighbourhood jewellers that elevated hip-hop culture in the 80s and 90s. These were mixed with pearl and gold beads through the lengths and ends of the hair. 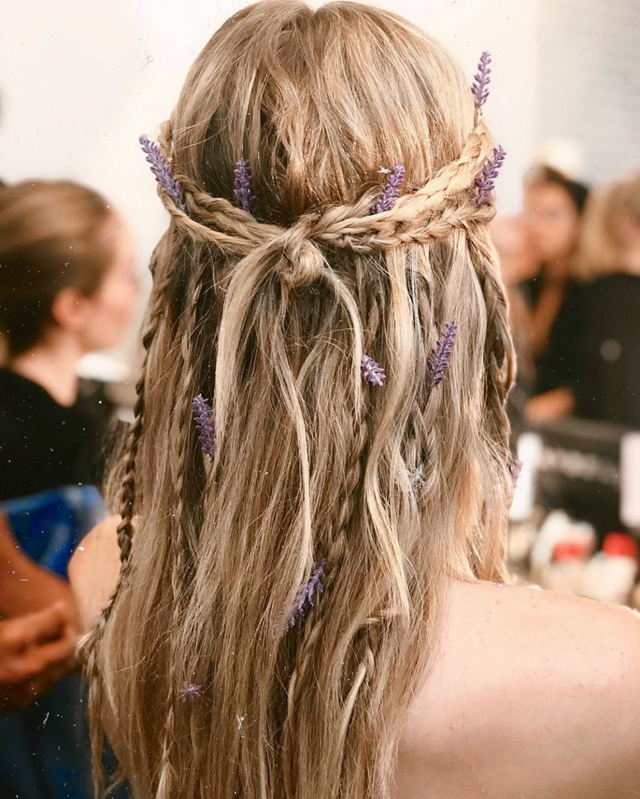 Hairstylist Justine Marjan is fast becoming a staple at NYFW and created looks for Chromat, Rebecca Minkoff and these boho inspired braids at Alice and Olivia. The collection was heavily emblazoned with florals, chiffon fabrics and pastels so the hair was kept soft and feminine to match. There were braids intermittently through the lengths of the hair and then four braids were used to create a knot at the back of the head before Marjan completed the look with sprigs of lavender. 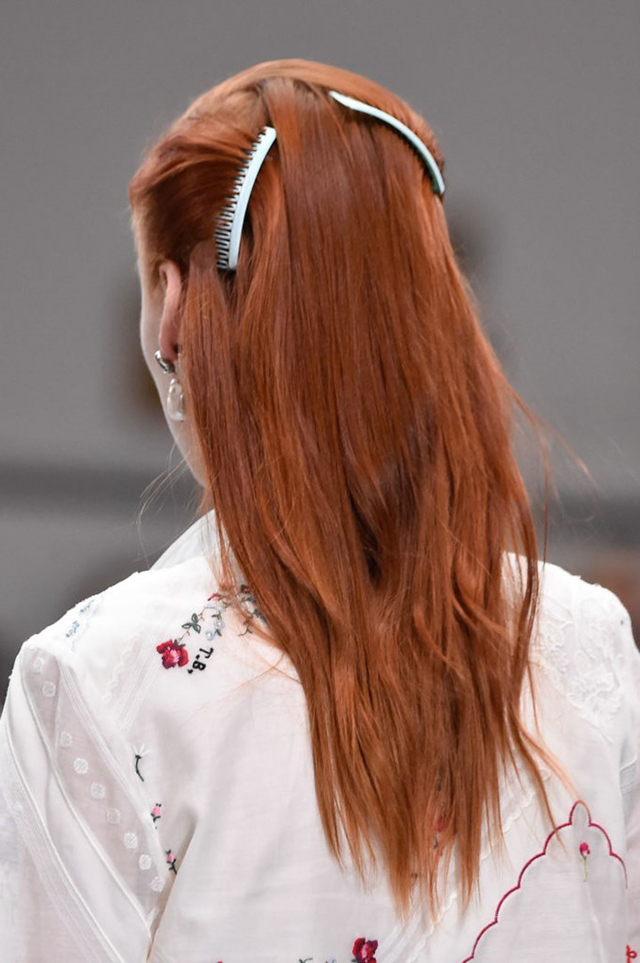 The royal family are a constant source of fashion inspiration but Tory Burch decided to look back at Diana Spencer’s style before she became a royal. The collection centred around classic ‘Sloane Ranger’ style and the girls living in Chelsea in the early 80s. Hair combs were a huge thing at the time and Guido Palau reimagined them for SS20 with a pop of pastel colour. He used two on either side of the head to pull back the hair into a 1940s inspired look that was popular at the time. 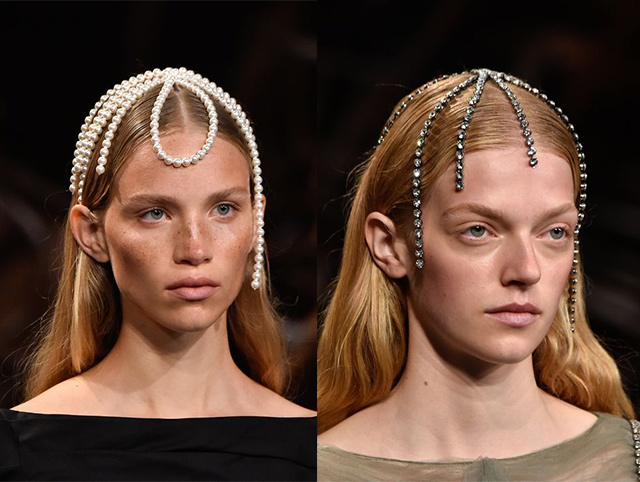 Hair accessories are a growing trend but brand Khaite took it to another level with their headdresses for SS20. The look was inspired by a photograph of Princess Stéphanie of Monaco. She wore a diamante headdress and matching earrings to a charity ball in 1987, complete with purple eyeshadow. They used this as the starting point to create the headdresses but paired them with natural, dewy makeup and soft waves instead. 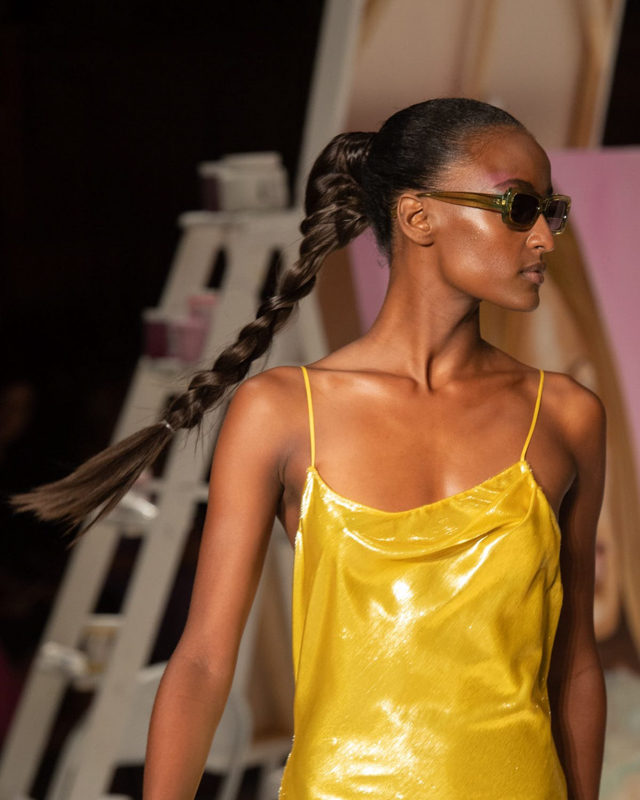 If you didn’t spend your summer stalking the Instagram of Gigi Hadid then you might have missed her super long braid on her Mykonos trip. Christian Siriano was so in love with the look that he asked famous hairstylist Odile Gilbert, (who works for Dyson and TRESemmé) to create a version for his show. They used waist length hair extensions and braided them into the models hair along with a ton of shine spray for a super glossy finish. 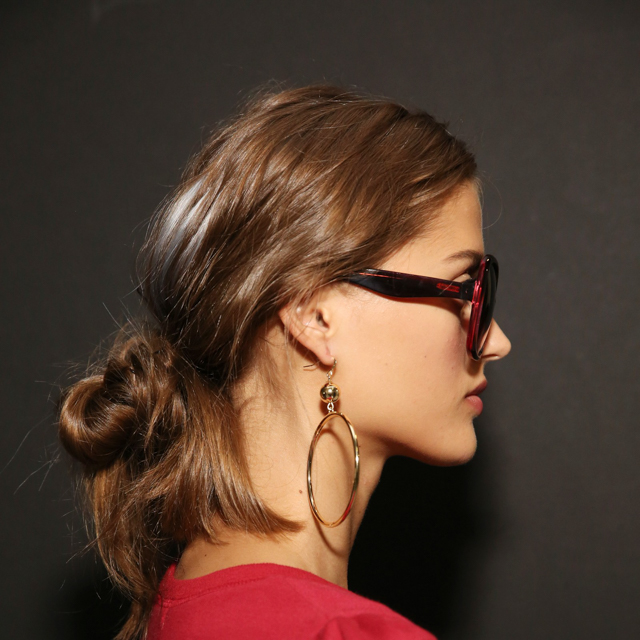 It’s so kind of the fashion tribe to provide us with a chic hairstyle that we can easily create in the morning before work. This gorgeous messy bun was styled by Justine Marjan for the Rebecca Minkoff show and was given a twist with some streaks of silver hair. How to achieve the look? Don’t dye your greys and don’t brush your hair, we’re sold. 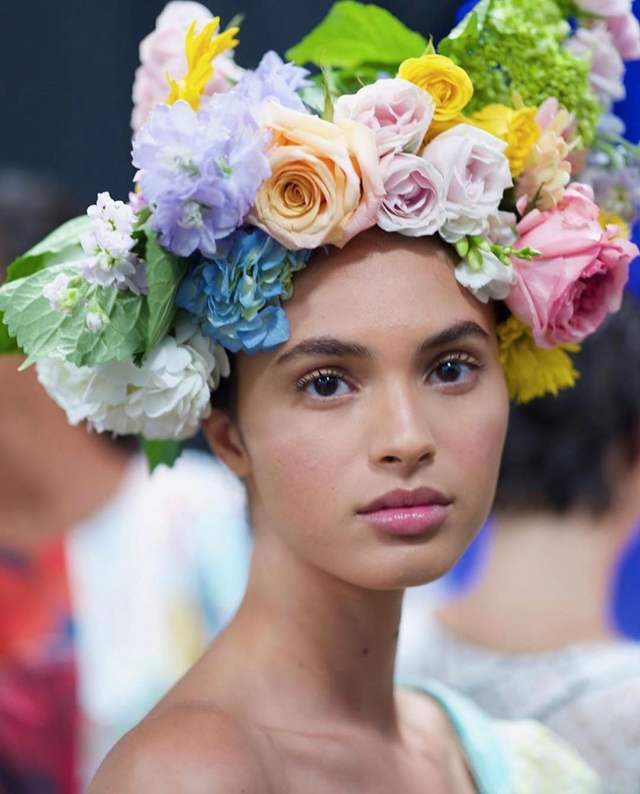 Prabal Gurung’s collection was bright and fresh and to match the vibe he definitely needed something impactful. Hairstylist and consultant for Bumble and Bumble Laurent Philippon created these gorgeous flower crowns that were woven into a chic updo. We can’t imagine how heavy this would have been but it’s definitely worth it. 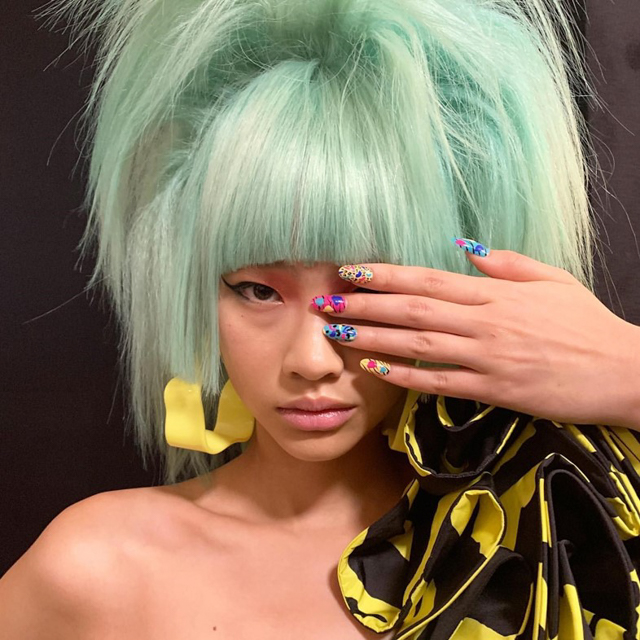 In true Jeremy Scott fashion, the hair at his show was loud, big and totally trashy. Lady Gaga’s hairstylist Eugene Souleiman used wigs to create the look inspired by the 80s cartoon Jem and the Holograms. The blunt bangs were offset with backcombed and crimped hair that required a lot of hairspray to keep it in place. 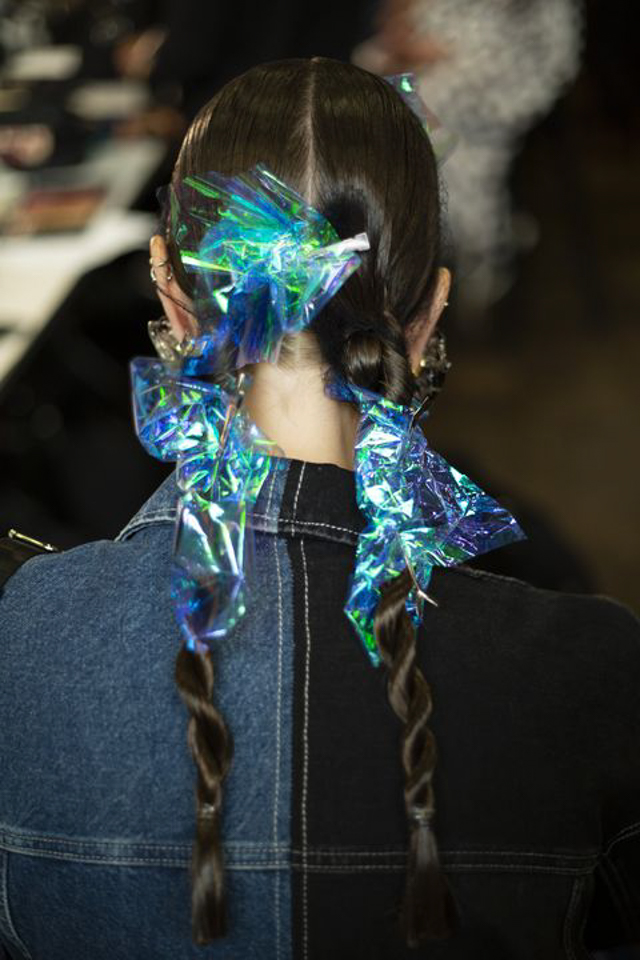 Ulla Johnson’s collection was inspired by traditional crafts and she asked hairstylist Bob Recine to create looks that incorporated that vibe into the hairstyle. He decided on rope braids and wove textured fabrics, like this iridescent plastic, into the hair while keeping it super sleek and glossy.