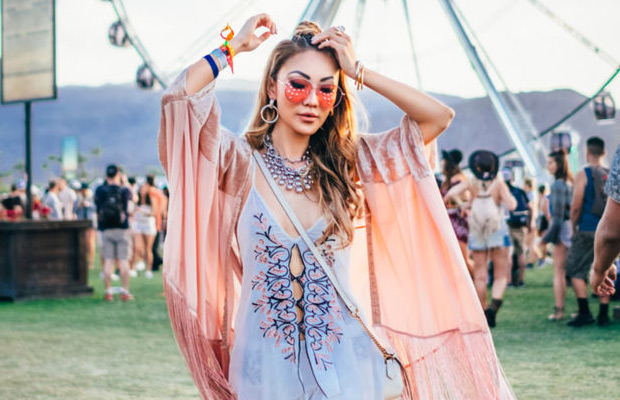 If you’re looking for some hair inspo to switch up your look this year then we’ve got you totally covered with our new series Hair History. Each month we take a look back at some iconic celebrities and trace their hair evolution to where they are today.

As the biggest music festival Coachella kicks off today, we thought we’d do a special edition of Hair History and chart the best celebrity looks from the festival so far. From boho waves, to braids and some pretty crazy dye jobs, these celebrities know how to get noticed... 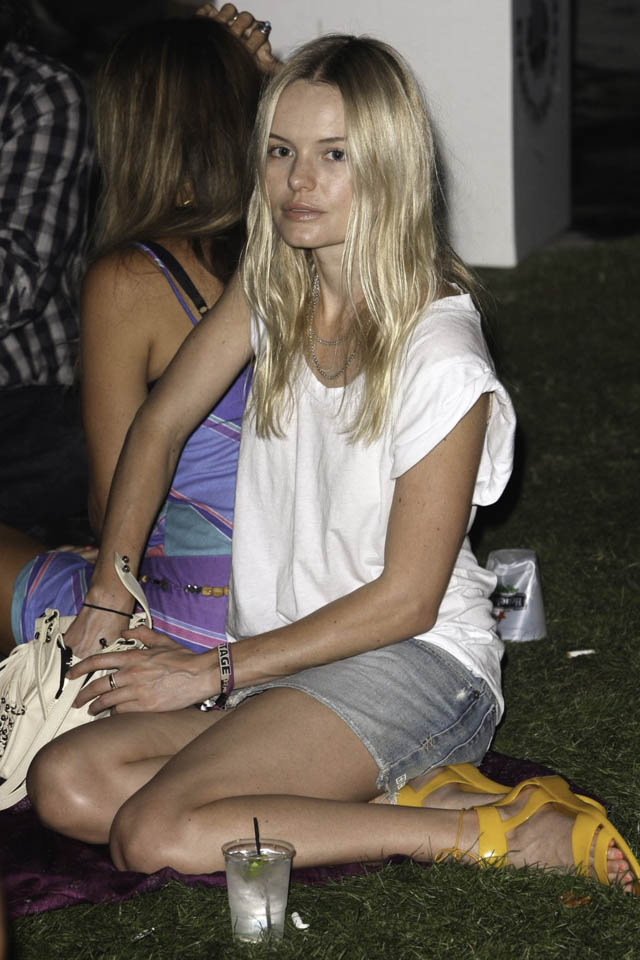 Way before the intricate braids that are all over Coachella now, in 2009 it was about the undone, boho style waves. Kate Bosworth is the queen of Coachella style and her super highlighted, centre parted locks were perfect with a white tee and denim shorts. 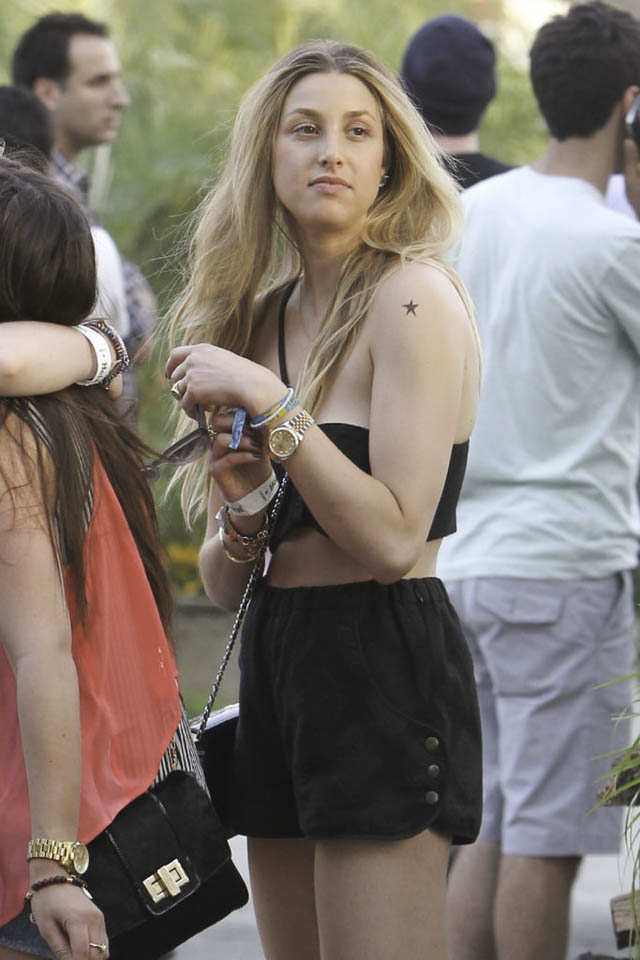 Following the boho trend, Whitney Port went for some super long hair extensions with some beachy highlights this year. If you want to steal this look then check out our 20-22” Deluxe Set in the shade Surfs Up, which is a blonde ombre melt that perfectly matches Whitney's hair. 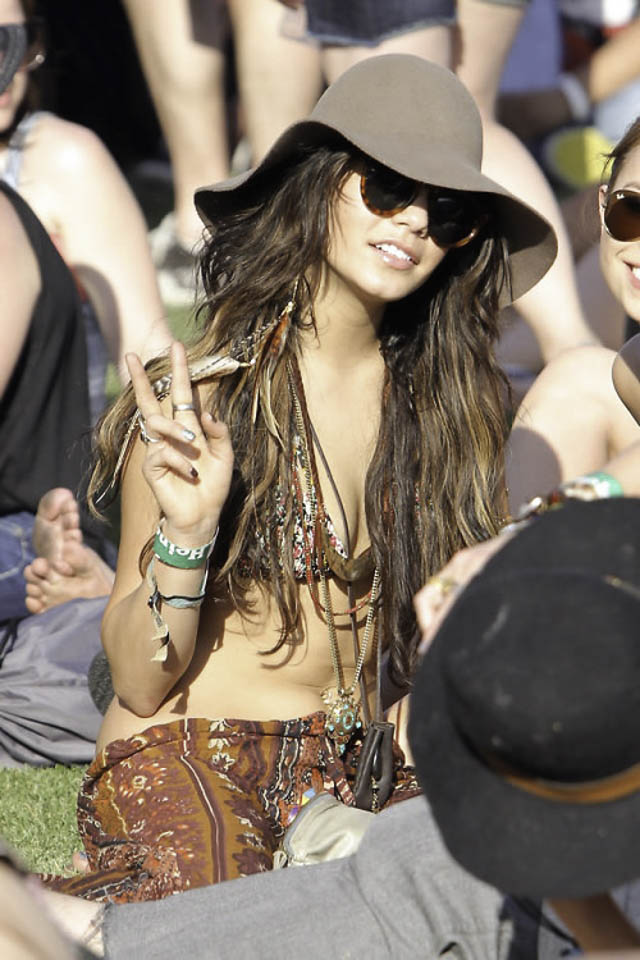 Vanessa Hudgens is the epitome of boho chic and is a regular at Coachella every year. She’s the queen of festival outfits but these super long extensions, that she’s kept really textured match her vibe perfectly. We’ve got a tutorial on some Coachella inspired faux dreadlocks below if you want to nail the look.

This is one of the most pinned Coachella looks of all time and still trends on Pinterest every year around this time. We think that Rosie Huntington-Whitely can do no wrong, especially when she’s rocking her signature supermodel blow out in her ash blonde shade. 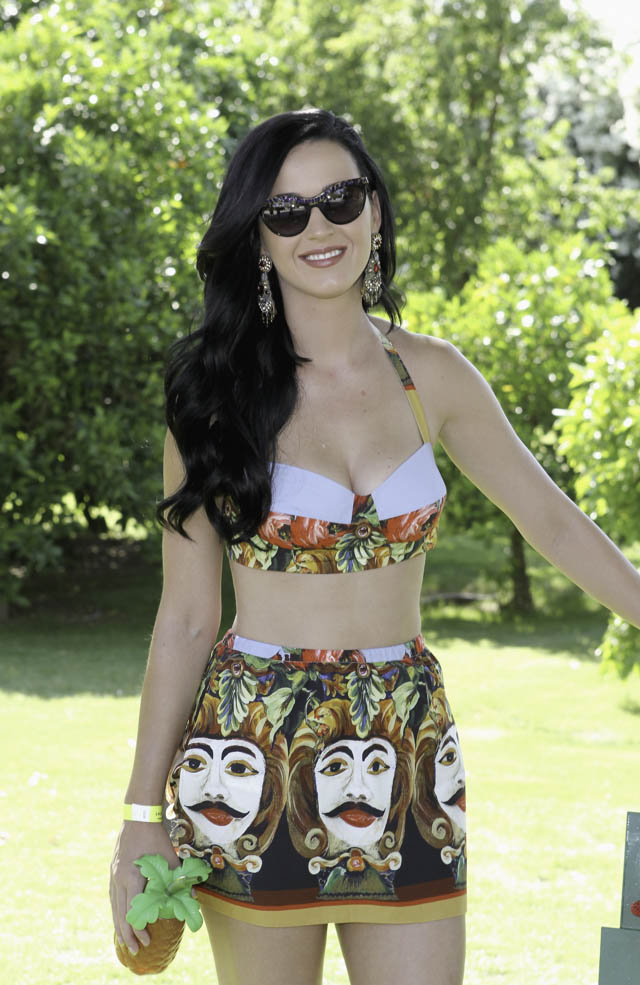 Katy Perry’s look this year marked a shift from conventional festival dressing to everyone getting way more dressed up at Coachella. Denim shorts were no longer the thing but head-to-toe catwalk looks like this D&G co-ord were way more in. She paired the look with some classic Hollywood waves using super long hair extensions in jet black. 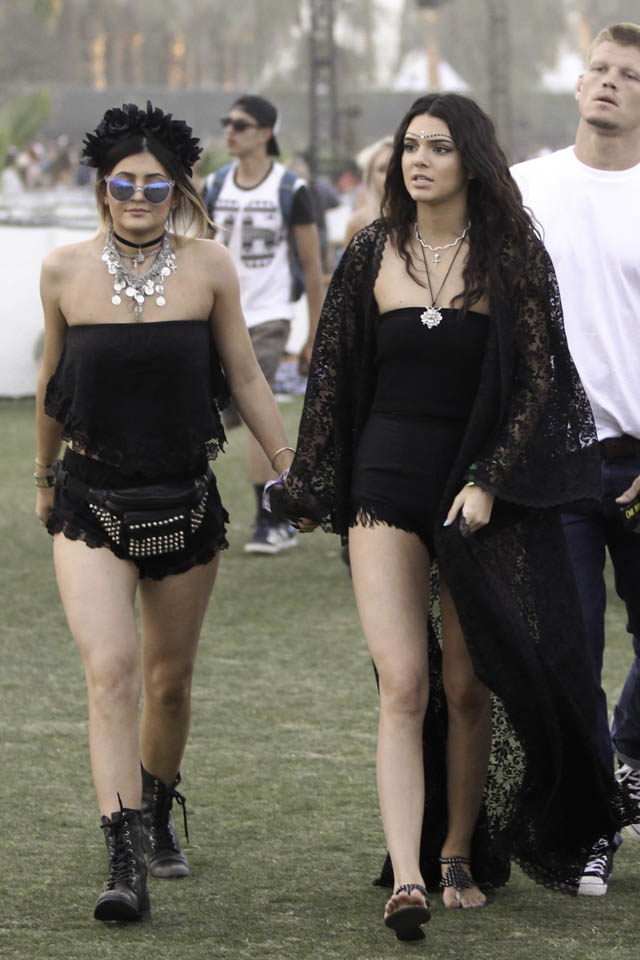 How could we possibly forget this totally iconic and super gothy moment. Kendall’s textured waves are so dreamy and we also love reminiscing over Kylie’s ombre bob phase, which was such an iconic look. Flower crowns at the ready... 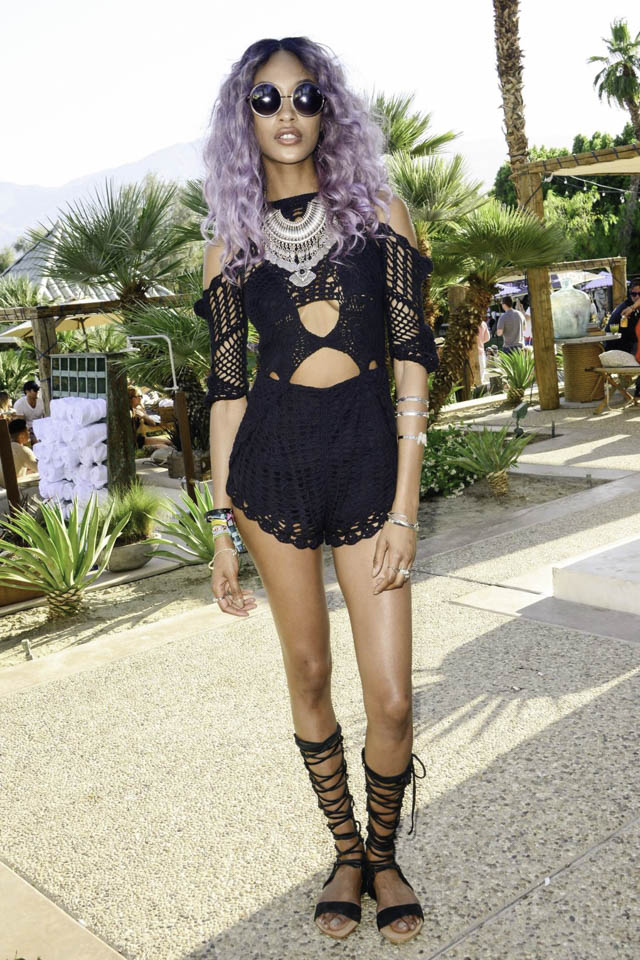 Pastel hair is the biggest Coachella trend and we’re so obsessed with this colour on Jourdan Dunn’s natural curls. If you want to add some extra length to your pastel hair colour then check out our shade Oh My Gwen Stefani which is perfect for dyeing. 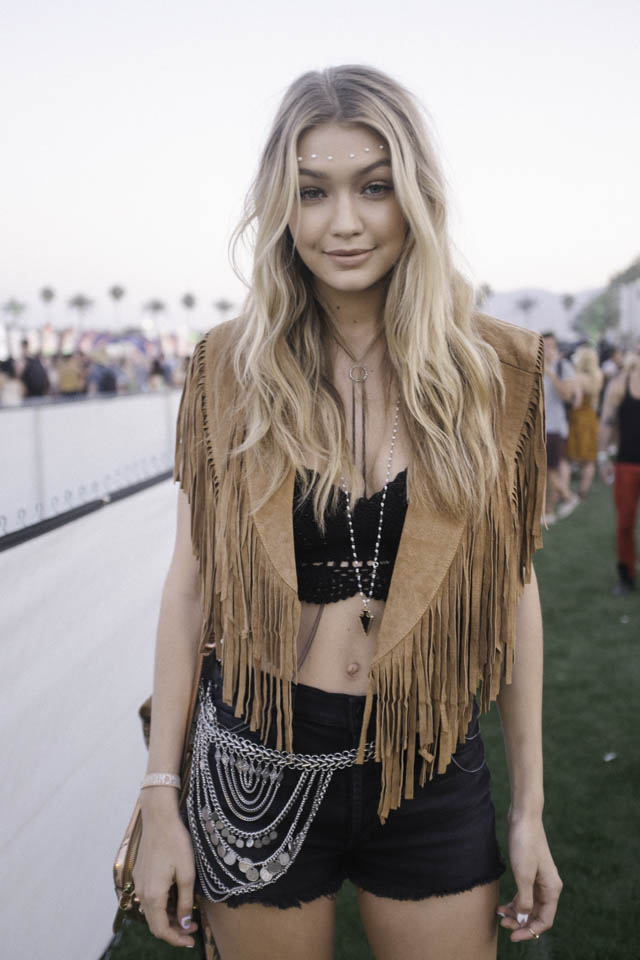 Supermodel Gigi Hadid brought back the classic boho waves this year in her stunning, signature blonde hue. We love how textured they are and you could easily create this look by braiding your hair when it’s wet and letting it dry before taking them out. 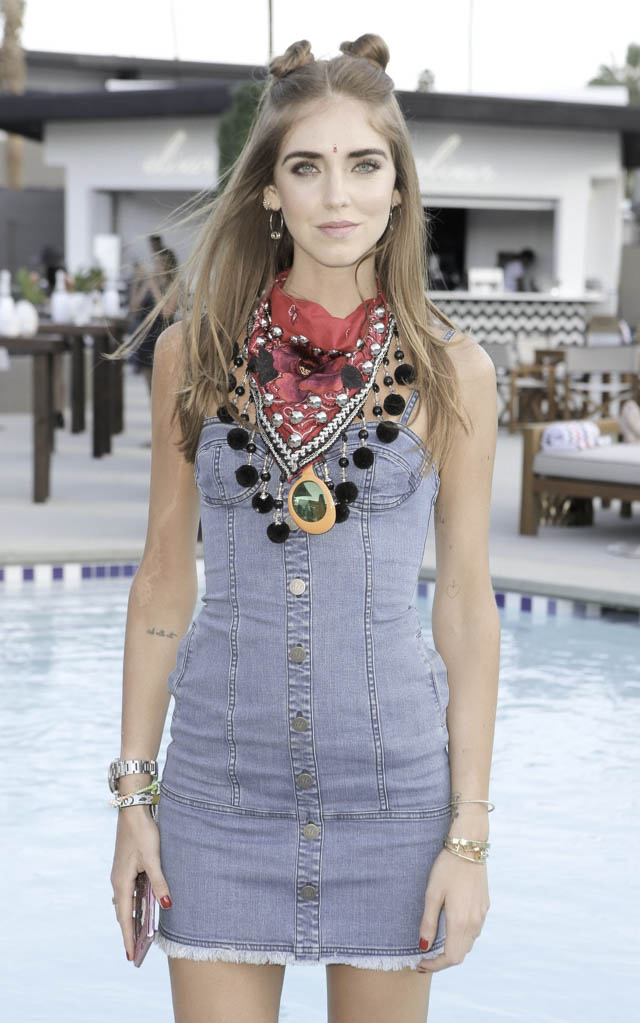 Space buns became the go-to look for everyone at Coachella and fashion blogger Chiara Ferragni was one of the first people to kick off the trend. We love that she kept it super natural and paired them with some loose undone waves. 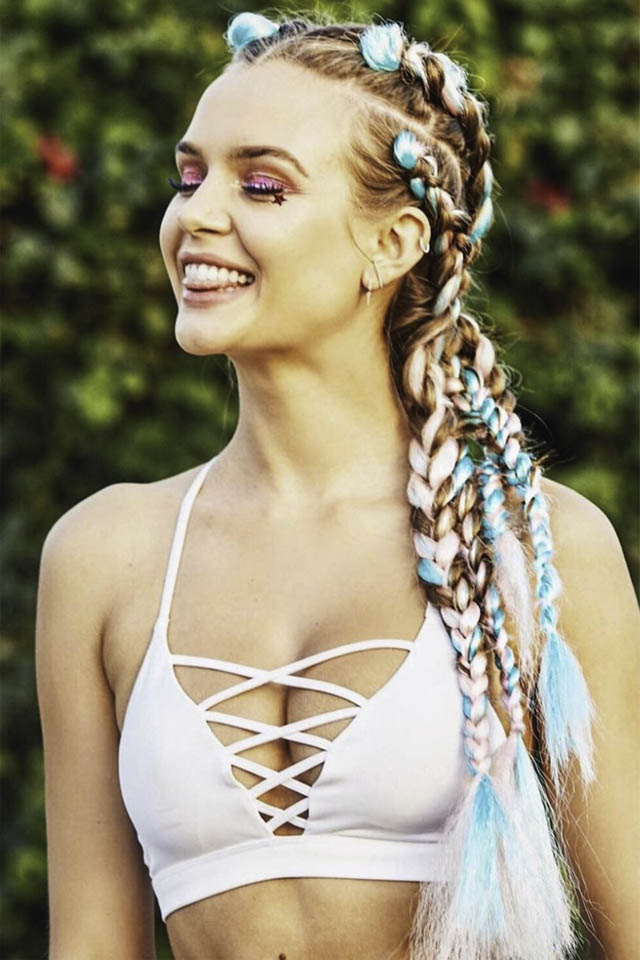 These braids are so gorgeous and Josephine Skriver is fast becoming the go-to girl for major festival hair inspo. It’s also really easy to achieve, you just need to braid some coloured extensions into your natural hair and it’s totally damage free. Yas! 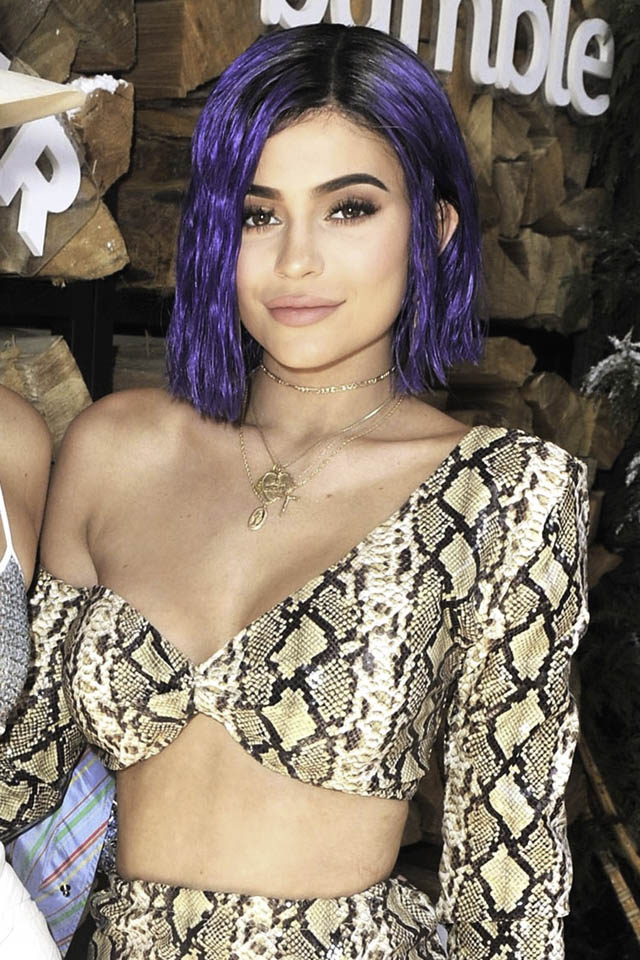 Not only is this blunt, purple bob on Kylie Jenner totally chic but it’s also a super clever idea if you’re festival bound this year. If you’re planning on not washing your hair for days on end then why not take inspo from King Kylie and pop a wig over it, right? 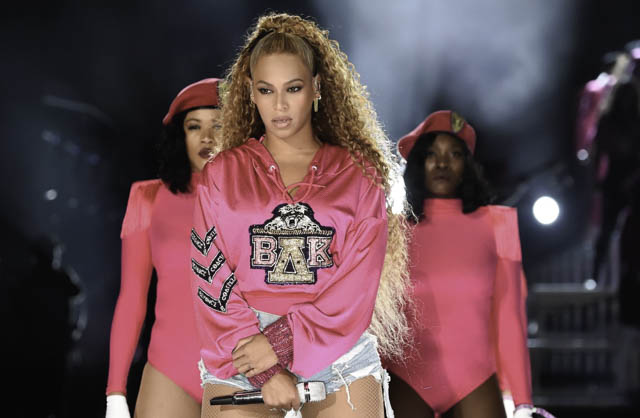 This year was Bey-chella and Beyonce totally killed her headline performance with this half up, half down look. This hairstyle is so huge right now but we loved how she kept her look super sleek on top, with loads of volume through the lengths. 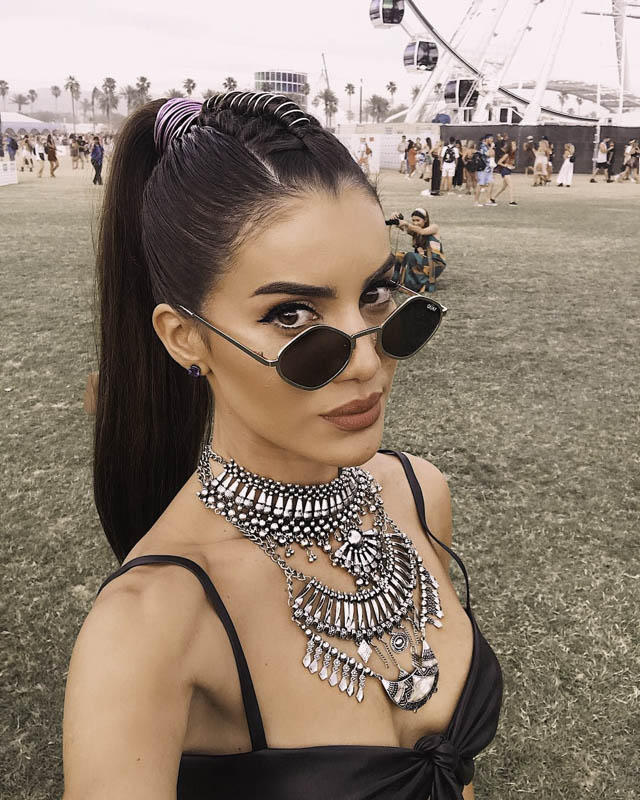 Coachella is more for Instagrammers now than it is celebrities, like blogger Camila Coelho. She asked super stylist Jen Atkin to create her festival looks and this one was our absolute fave. You just need to create a super chunky rope braid on top before accessorising your look with some hair rings and coloured string.

Going to Coachella this year? We’re so jealous! But even if you’re not, these festival hairstyles are still perfect for the summer. Loved this one? Check out the rest of our celebrity Hair History series here.