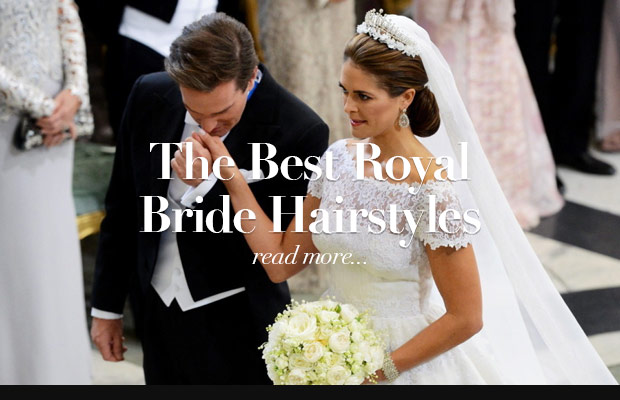 Prince Harry and Meghan Markle are getting married this weekend and as we don’t have an invite we’ve been finding other ways to fuel our royal obsession. Real life Queens and Princesses have been walking down the aisle in the most incredible looks and providing us with all the inspiration we could ever dream of. So as the countdown begins we thought it would be fun to take a look back at some of the best royal bride hairstyles to get us in the spirit. 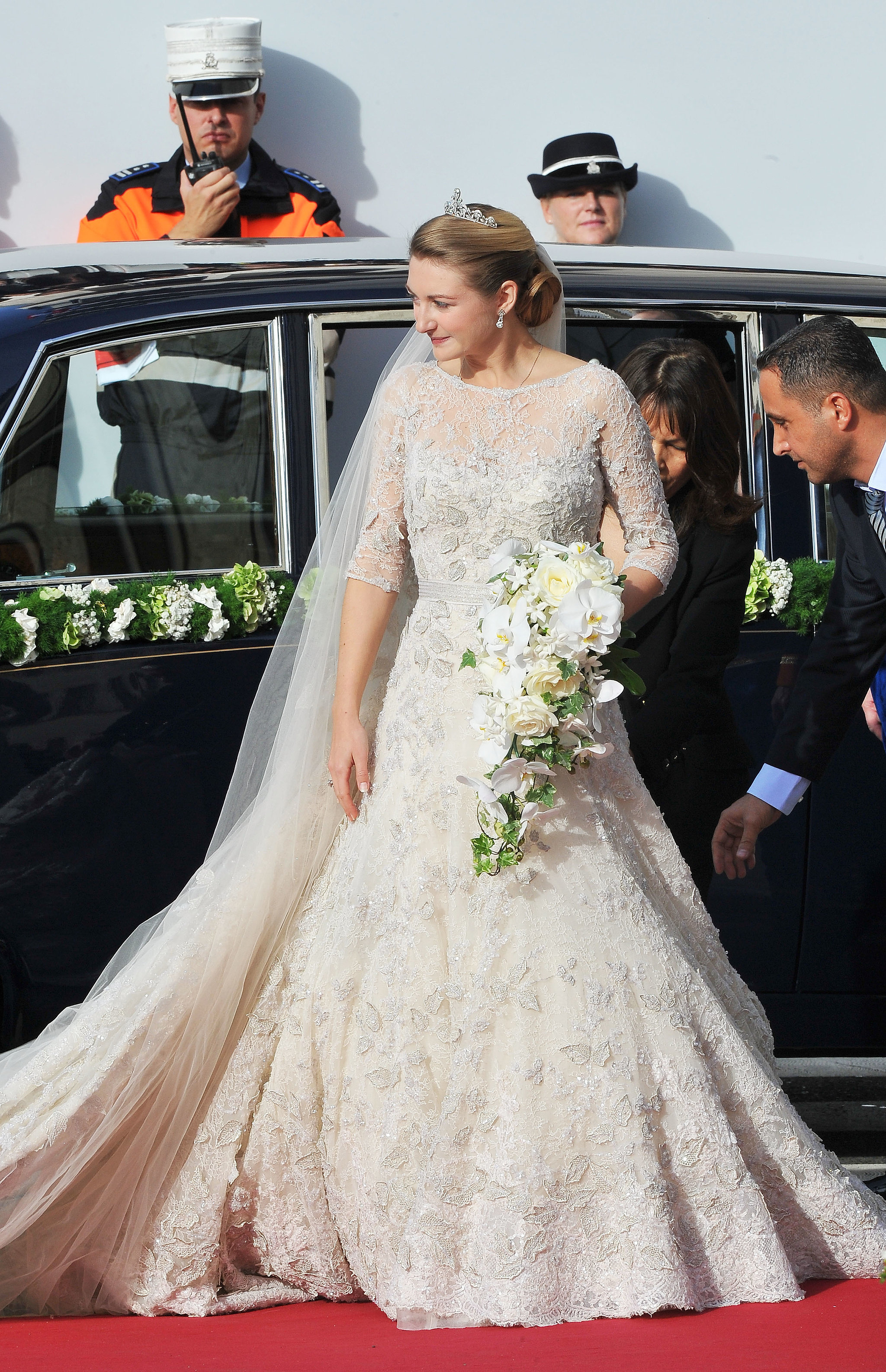 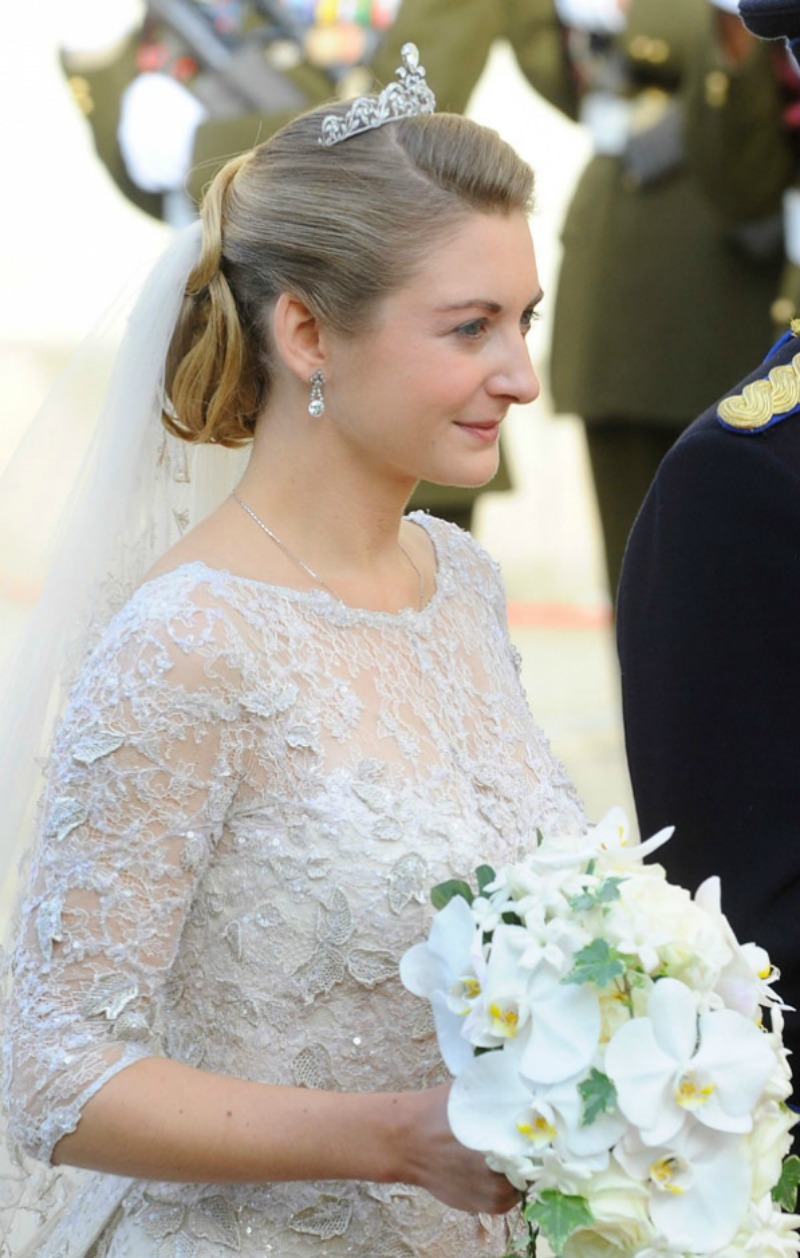 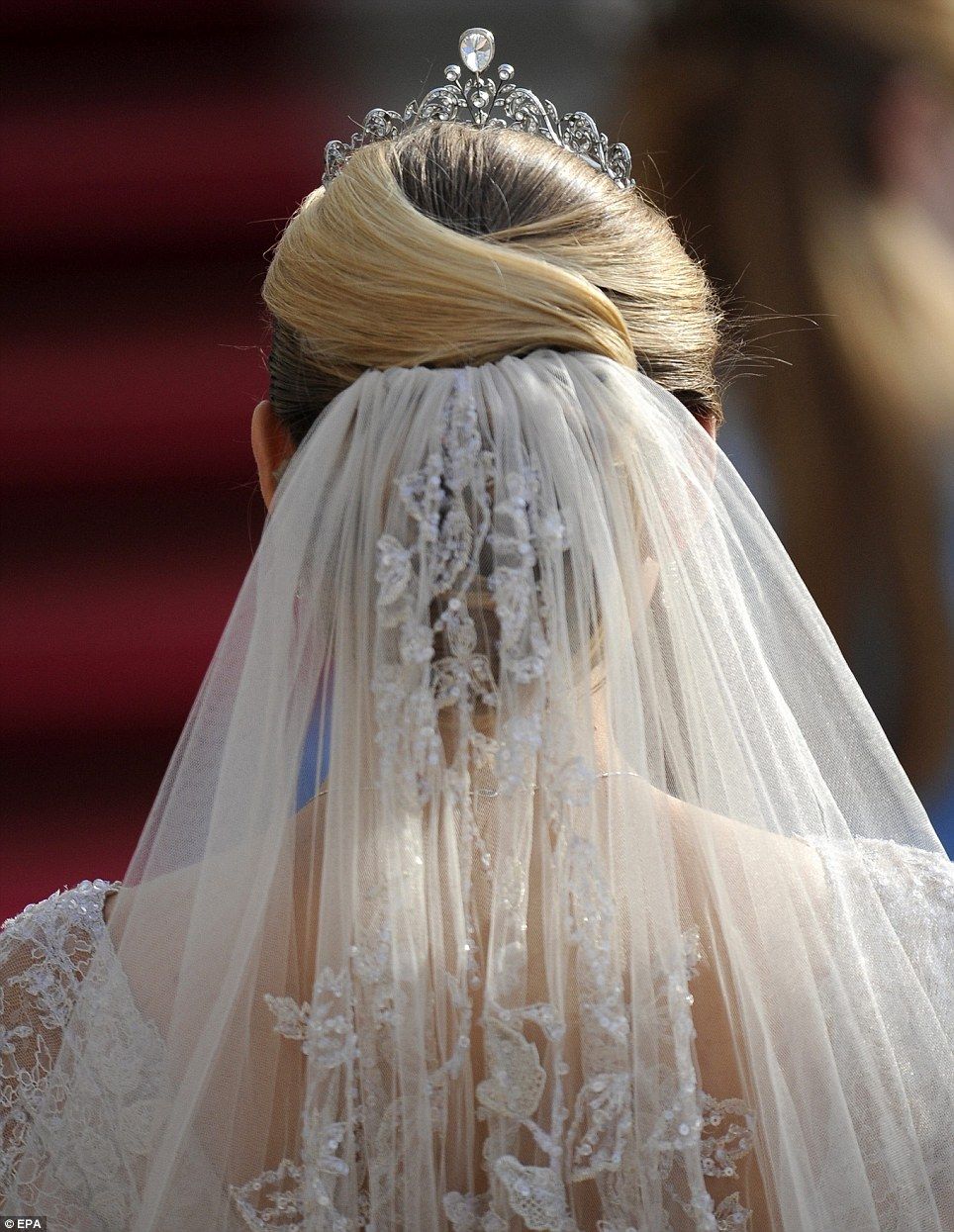 Countess Stéphanie de Lannoy married Grand Duke Guillaume, heir to the throne of Luxembourg in October 2012. She wore a beautiful gown by designer Elie Saab that took over 3,900 hours to make with a floor length veil to match. For her hair she went for this gorgeous, twisted updo that incorporated her veil and showcased her tiara and earrings. We love how intricate this style is and the cross over detail at the back is really beautiful. 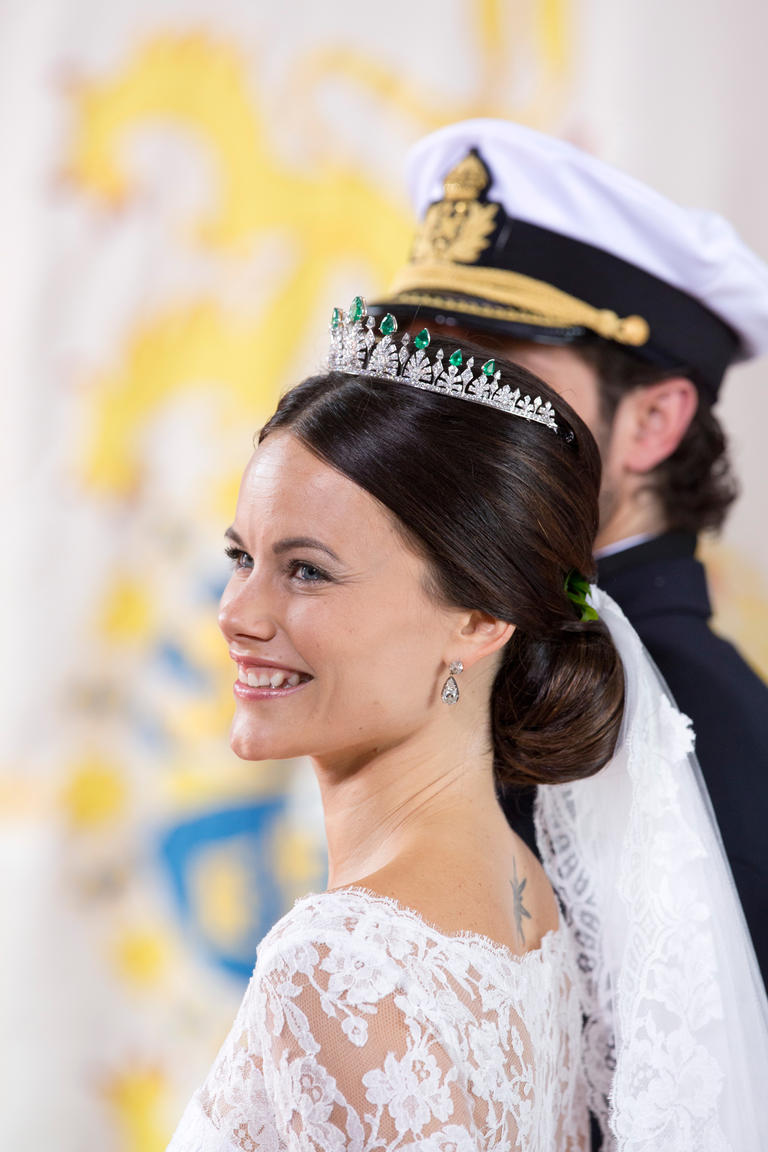 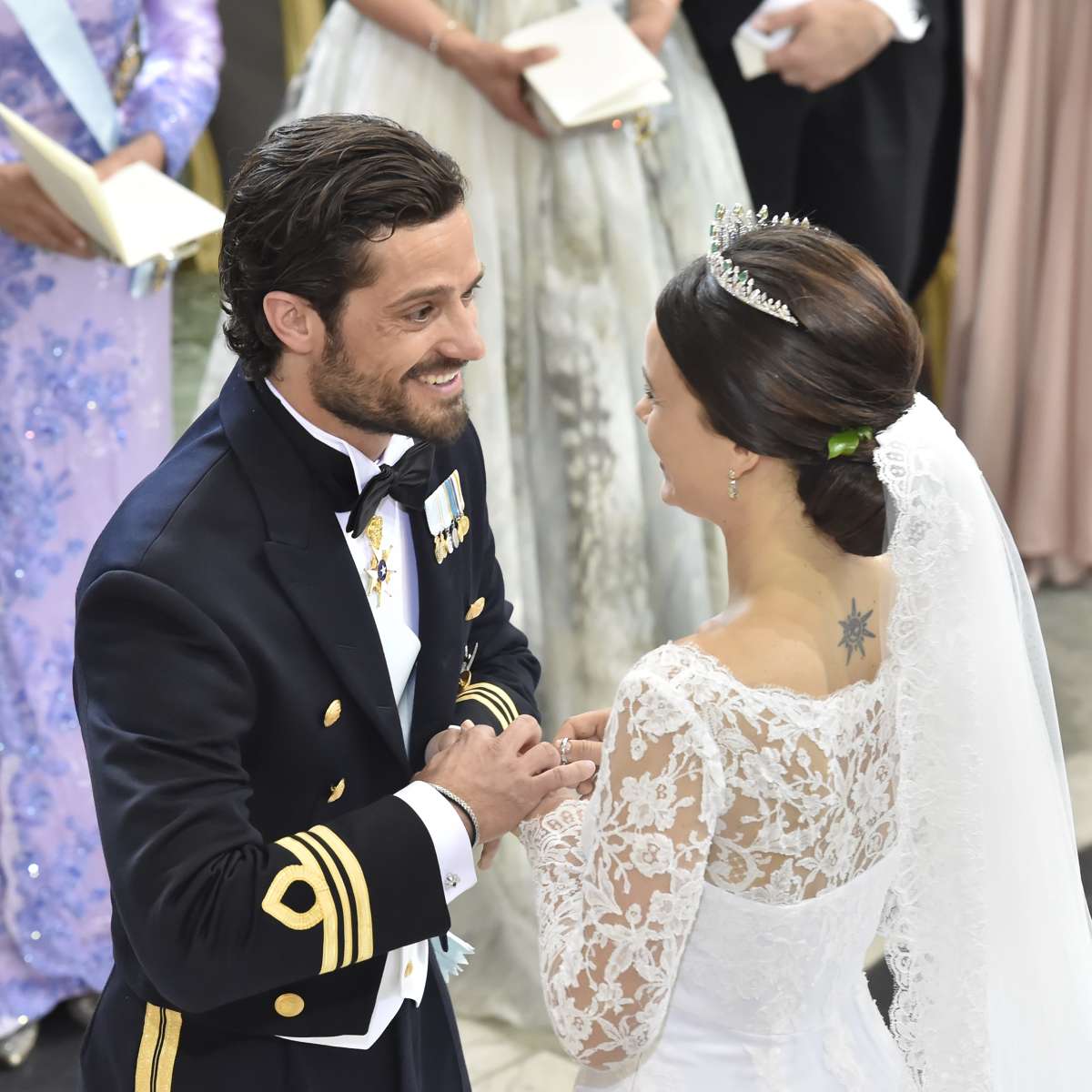 Sofia is not your average princess and started her career as a glamour model and reality tv star before moving to New York to study accounting. Her and Prince Carl Philip met on vacation and married six years later at Stockholm Palace in Sweden (dreamy). For her big day Sofia chose this super sleek low bun that was insanely glossy. She incorporated her tiara into the hairstyle to create a totally seamless look with lots of volume at the back. 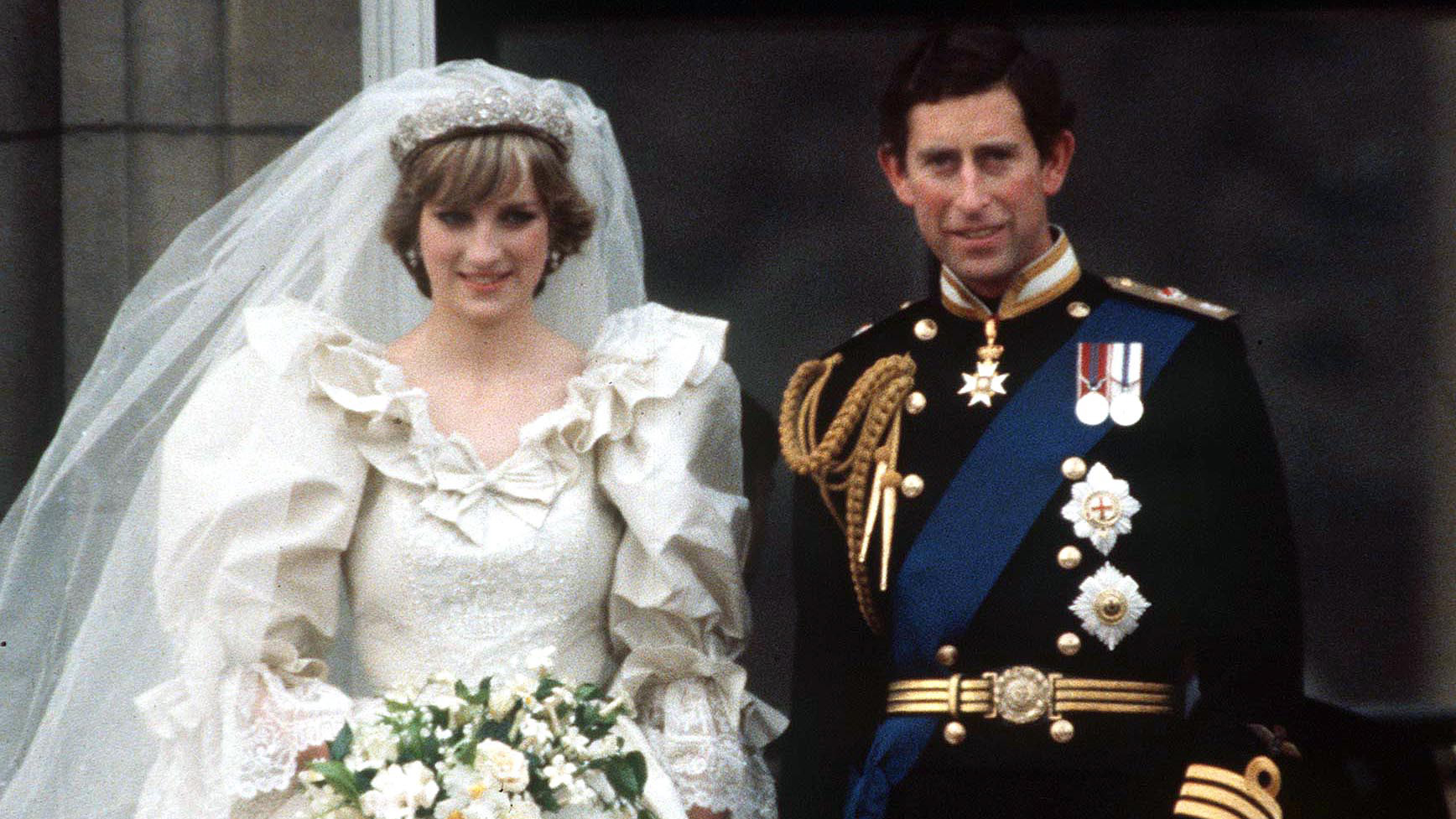 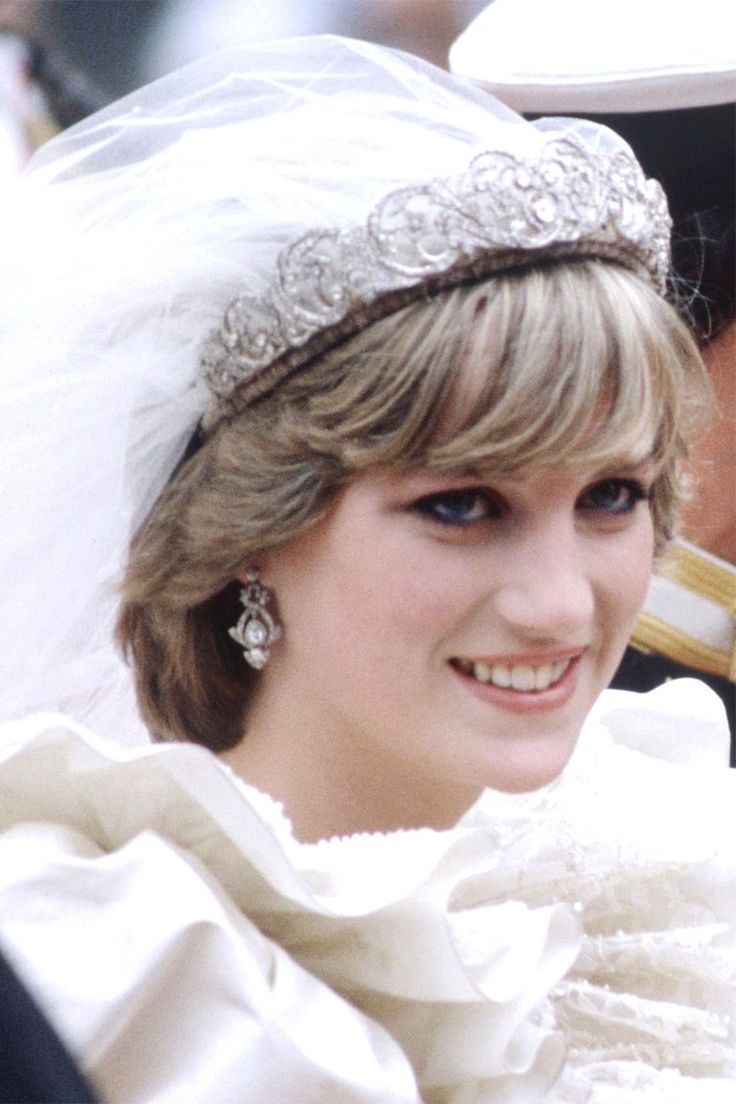 Diana married the Prince of Wales in 1981 at St. Paul’s Cathedral in this full volume dress by designer David Emanuel. The ceremony was televised and watched by over 750 million people while 2 million people lined the route of her procession. Her dress became one of the most influential wedding dresses of all time and her hairstyle was no different. This short, highlighted chop was majorly on trend and framed her face beautifully. The cut was called the ‘shag’ (not the most regal name) and consisted of short, choppy layers which added lots of volume to fine hair. 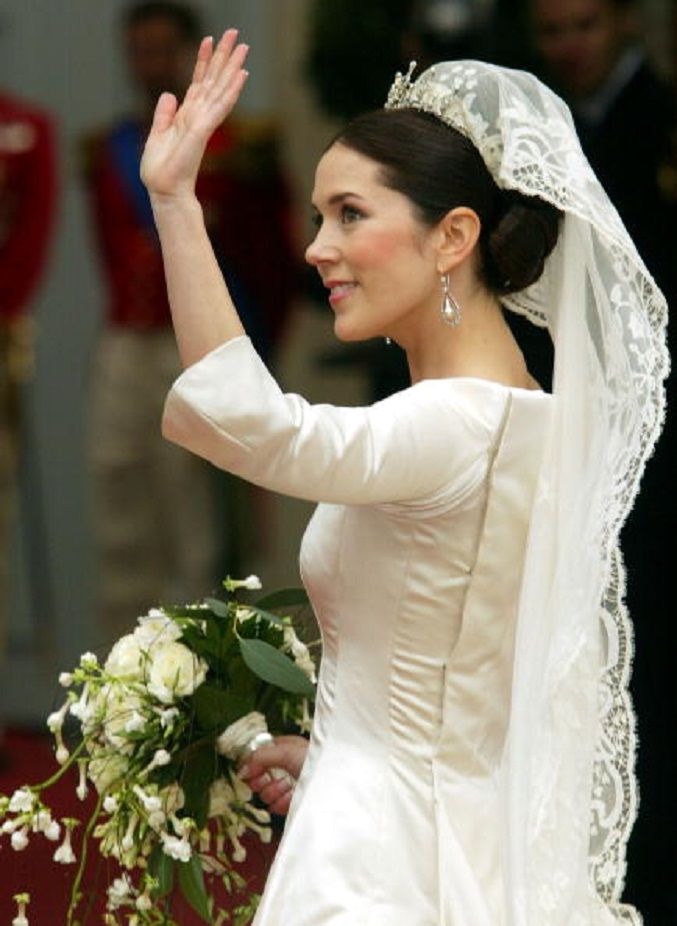 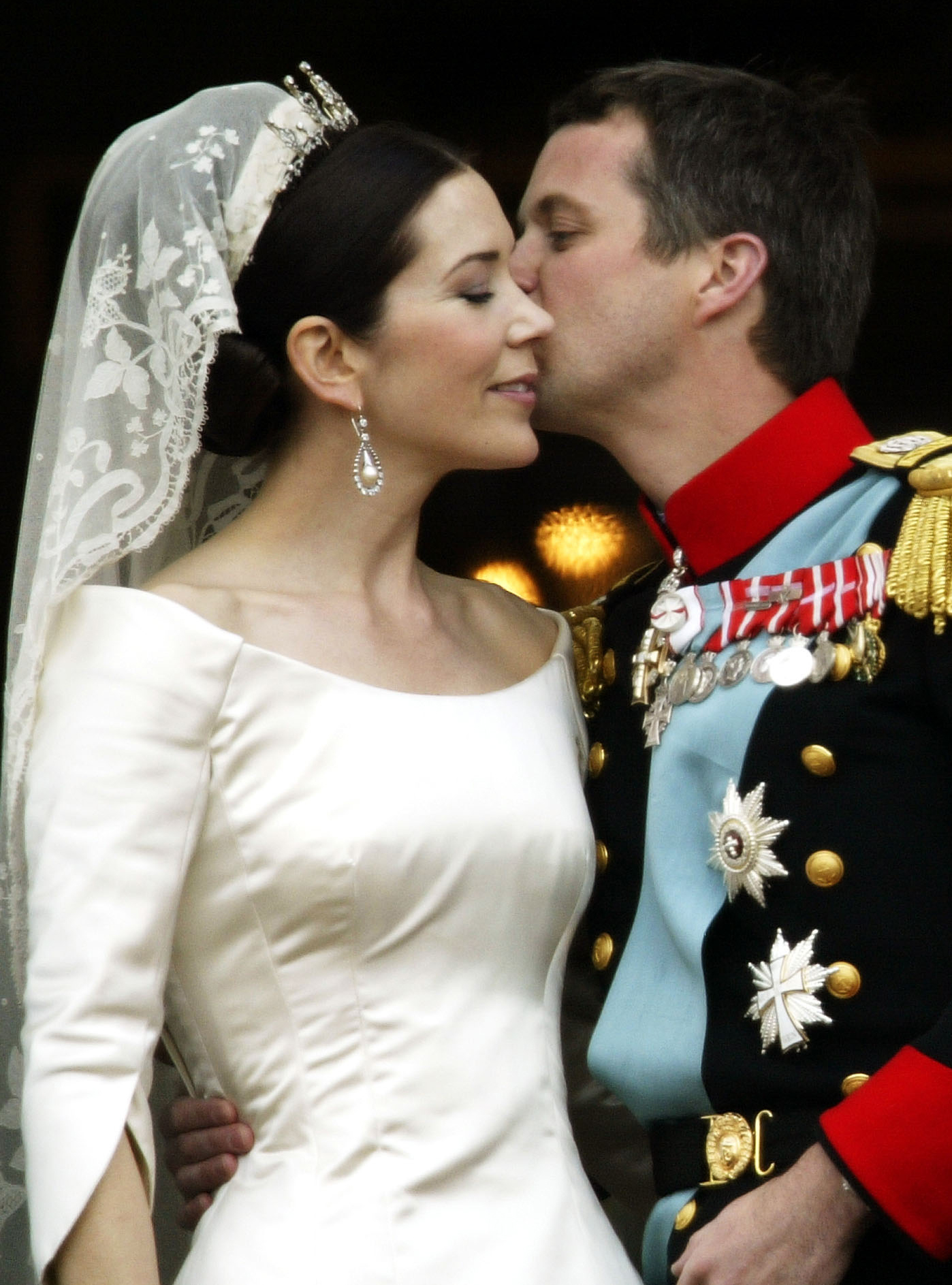 Mary Donaldson met Prince Frederik of Denmark at a pub in Australia and after a long distance relationship they married in Copenhagen Cathedral in May, 2014. Their love story is beyond movie worthy but we’re still way more interested in her hair. This neat updo works really well with that tiara and helps to elongate her face and add some volume to her veil. It’s a modern day interpretation of a classic Tudor hairstyle but we like that she’s throwing it back and opting for something different. 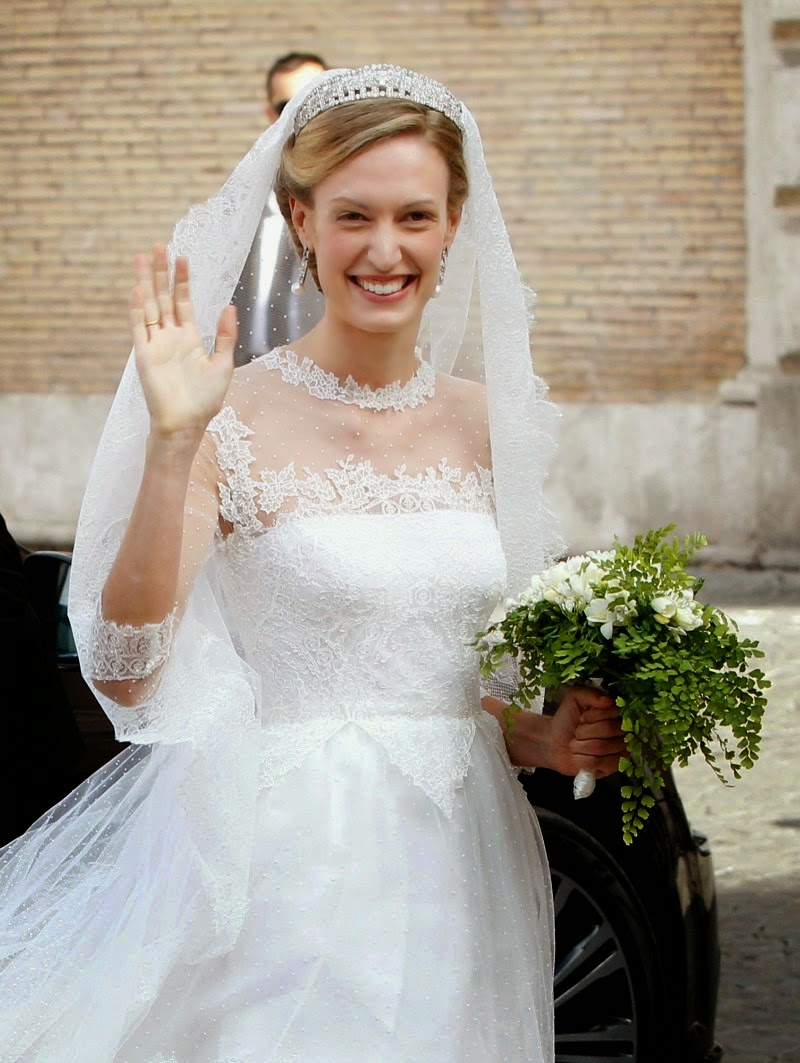 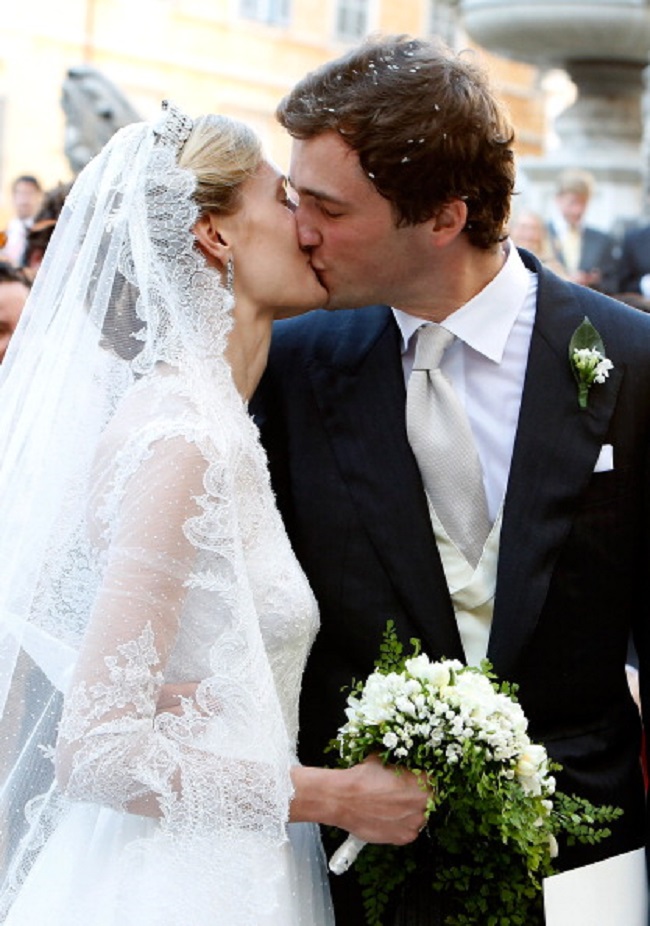 Prince Amedeo of Belgium and Elisabetta Rosboch von Wolkenstein dated for seven years before getting married at Rome's Basilica Santa Maria in Trastevere. Their wedding pictures are so adorable and the bride looked amazing in her long sleeve Valentino gown. For her hair she went for this delicate twisted updo that gave us major 50s movie star vibes with the deep side part and rolled back waves. 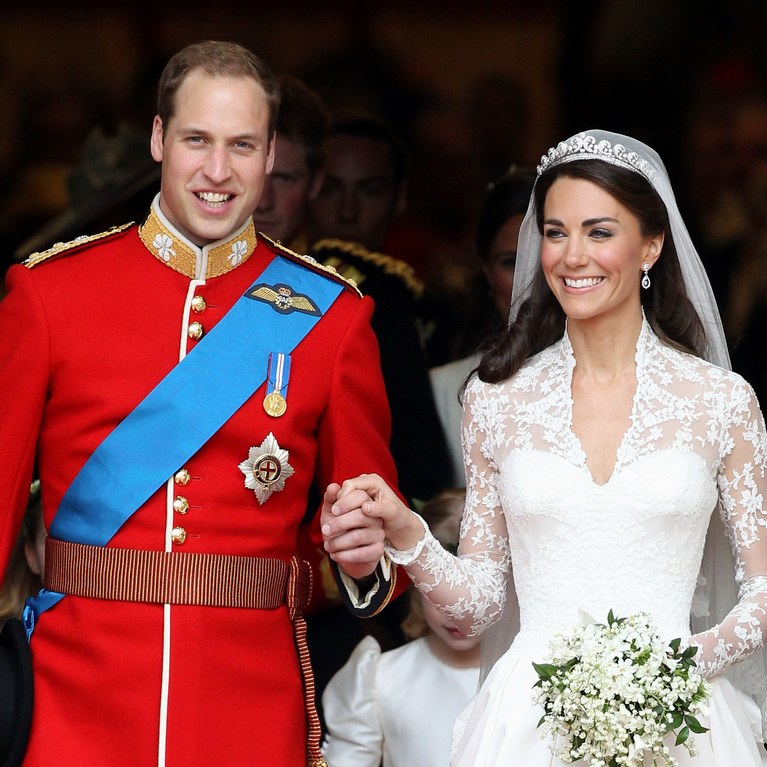 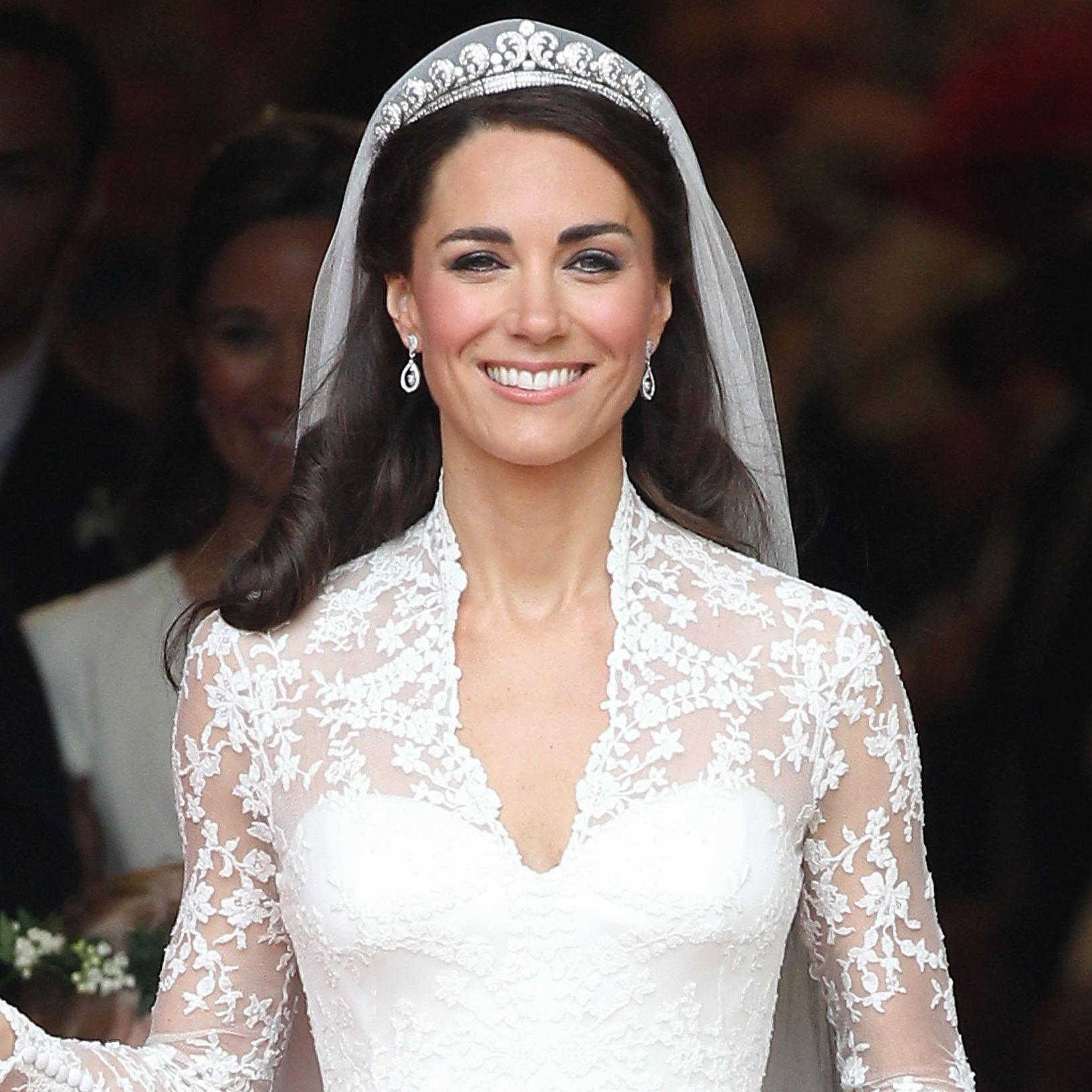 Meghan Markle’s soon to be sister-in-law Kate Middleton had the wedding of the century and everyone was speculating for months over what she would wear. Her Alexander McQueen gown was very traditional but we love that unlike most royal brides she opted to wear her hair down in loose curls for the ceremony. This half up half down look ensured that her hair was neatly back off her face without being too severe and helped to soften the neckline of her dress. 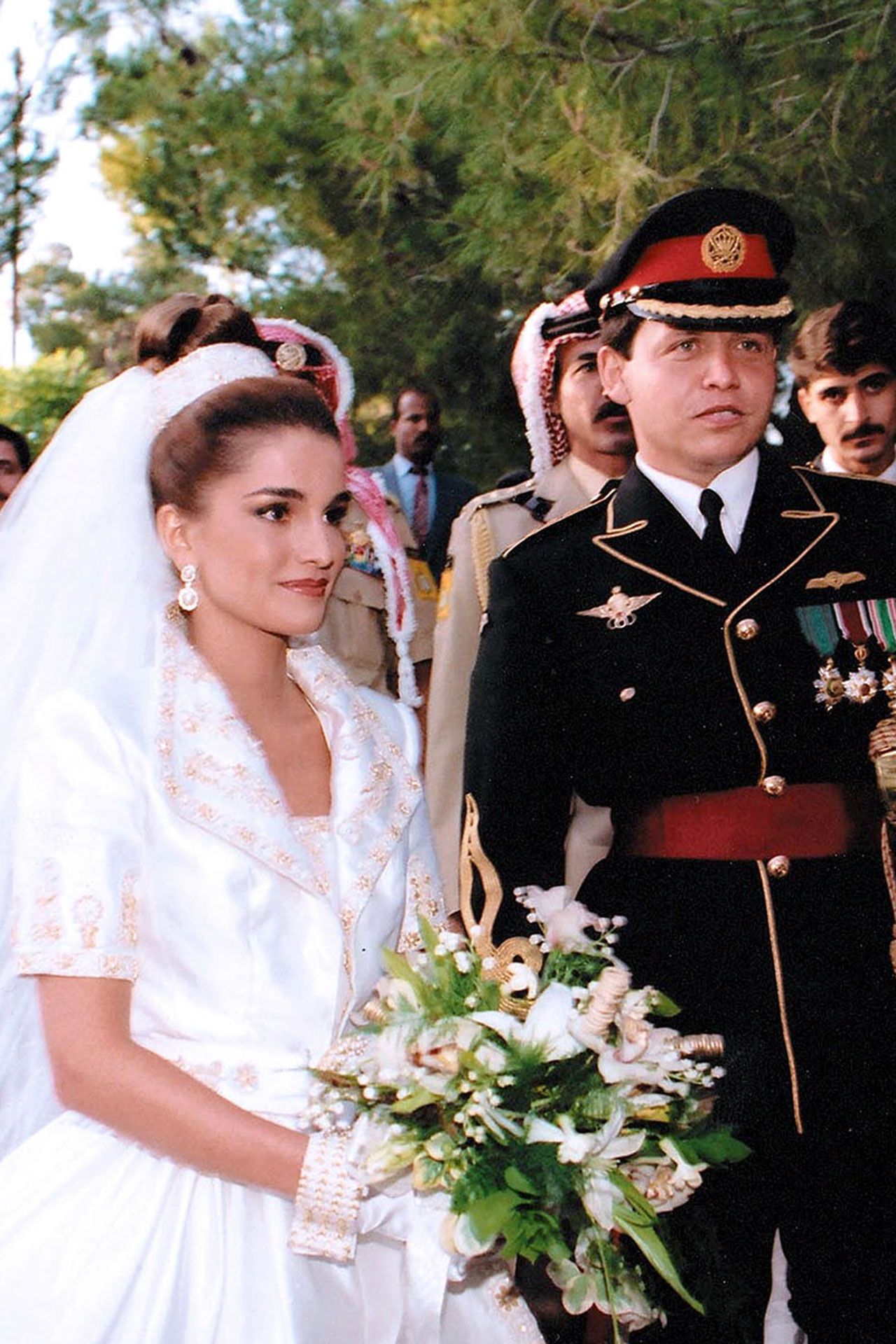 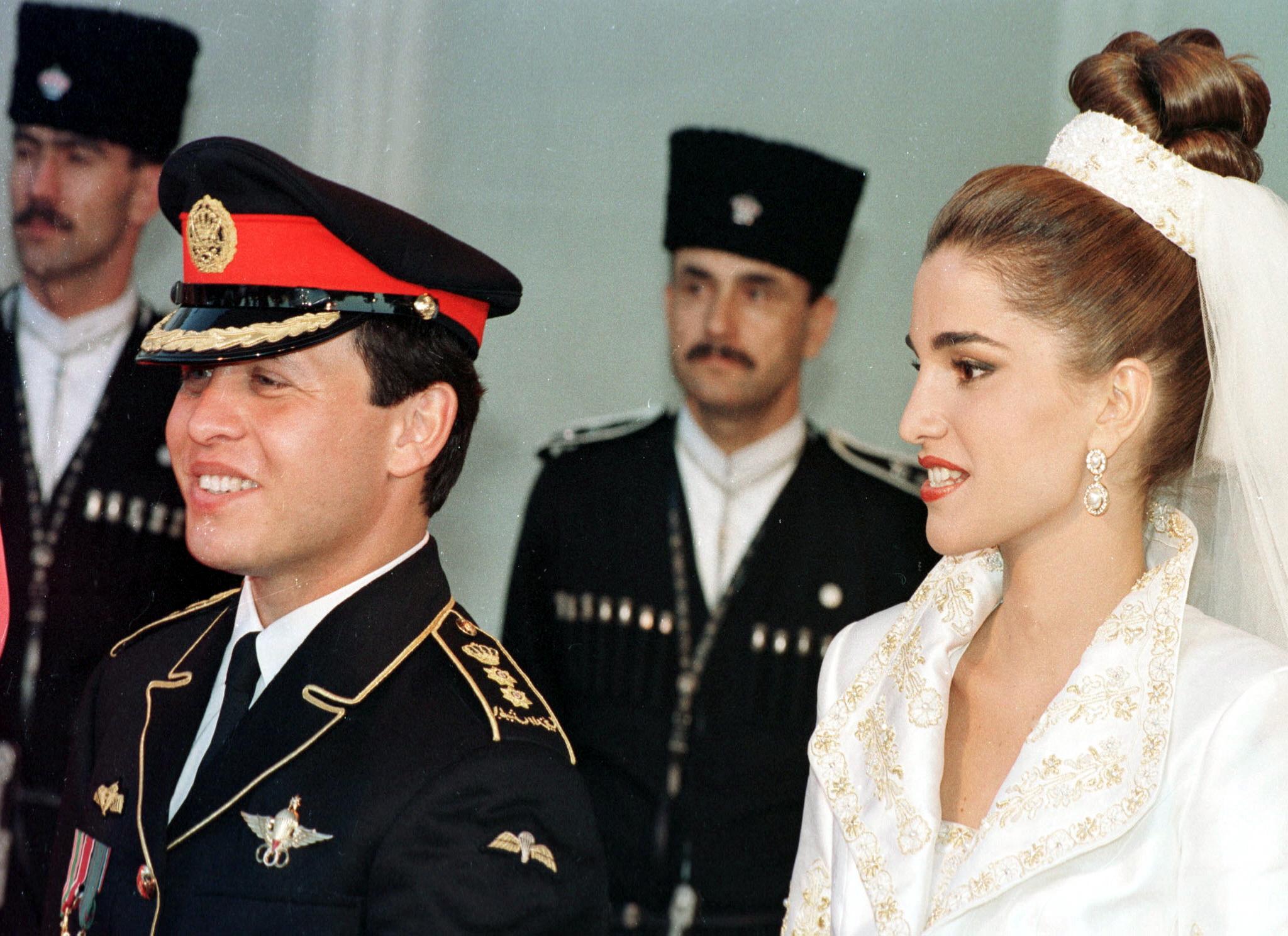 Queen Rania Al-Yassin is the most social media savvy royal of all time and has an instagram following of 4.3 million people. Her controversial updo would no doubt have divided opinion online but we love this super high braided bun on her. It’s super sleek but still looks full and glossy at the same time and emphasises those razor sharp cheekbones.

Walking down the isle soon?  Click here for Everything You Need To Know About Buying M+B Hair Extensions For Your Wedding