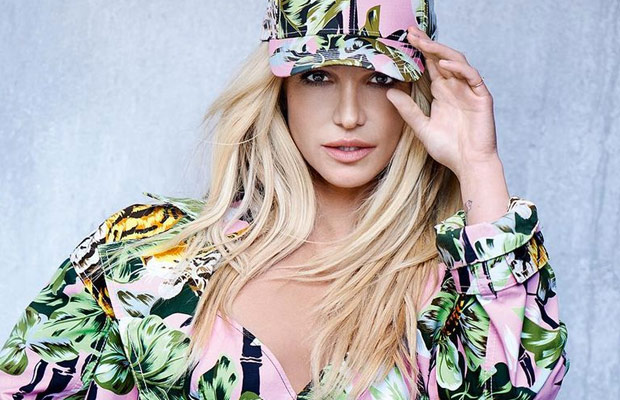 We’re sharing one of our longest posts ever today and looking back at the many iconic looks of pop icon Britney Spears. Her hair has changed more than anyone else and she’s been pretty experimental which makes her the perfect candidate for a Hair History post. So if you didn’t manage to catch her in Vegas or are just missing 90s pop then keep scrolling for her epic Hair History. 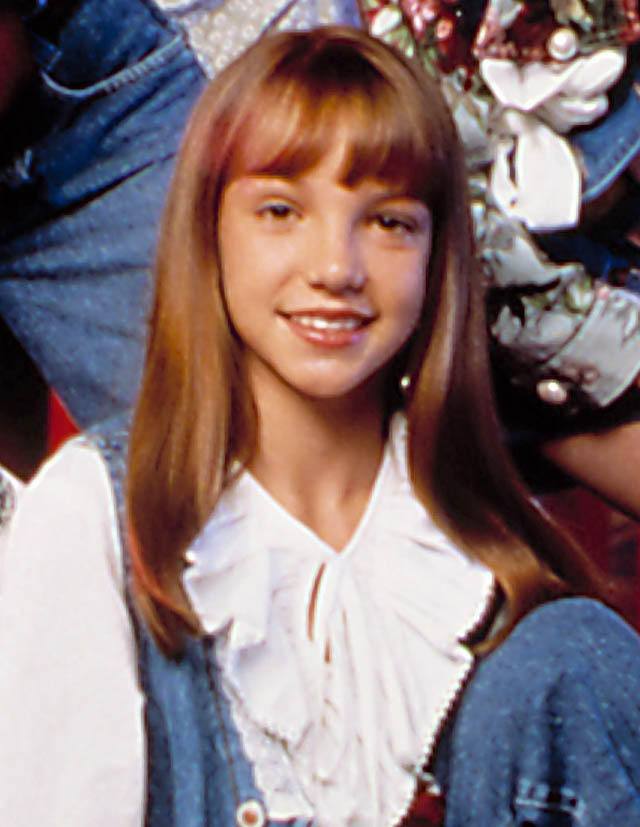 Britney’s first major break was starring in the Mickey Mouse Club on the Disney Channel alongside Christina Aguilera, Justin Timberlake and Ryan Gosling. We love these blunt bangs on her, super cute! 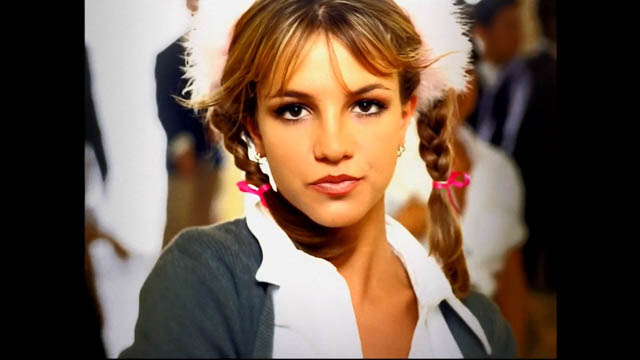 At 16 Britney brought out her most iconic song Hit Me Baby One More Time and cemented her pop icon status. These bunches have since become a trademark look of hers too and we love the marabou scrunchies. 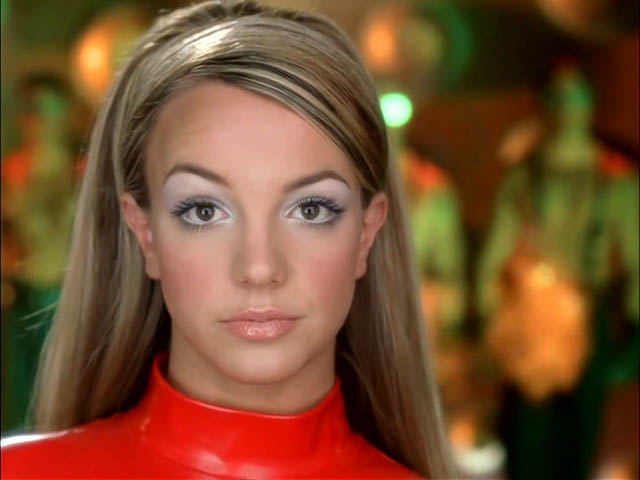 This year she released Oops I Did It Again in her infamous pleather catsuit. We’re not entirely sure what the side swept hairstyle is but Britney can definitely pull it off. Chunky highlights included. 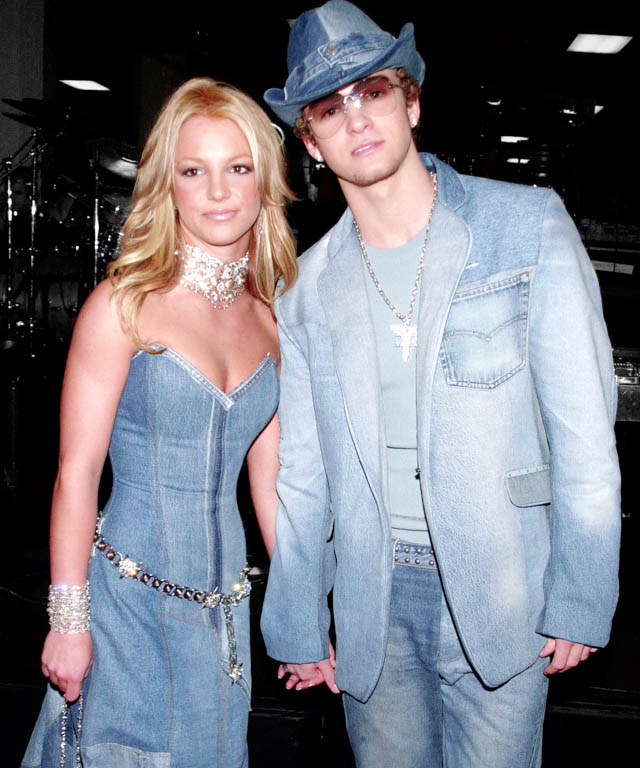 Who could possibly forget (we’ve tried) this double denim masterpiece from the American Music Awards with matching Justin Timberlake. To complement the look Britney went for some choppy layers and a loose blowout in her signature blonde highlights. 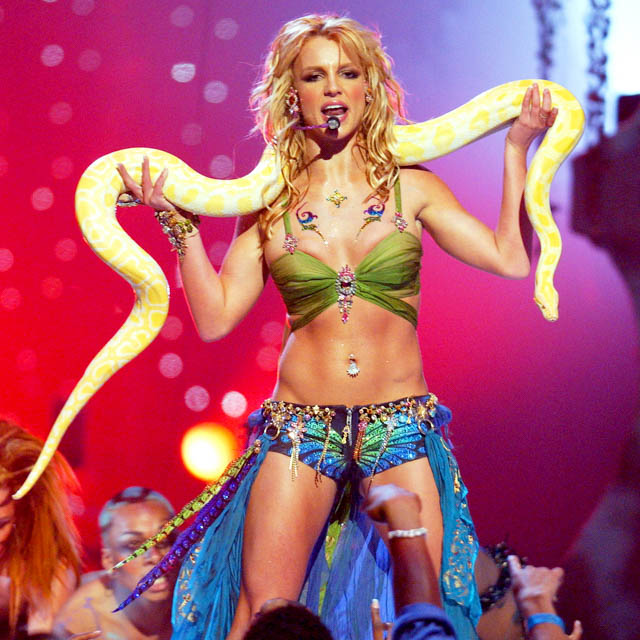 At lot happened in 2001 including this super controversial performance at the MTV Video Music Awards. Britney went for some tight ringlets in honey toned blonde to match with her friend. 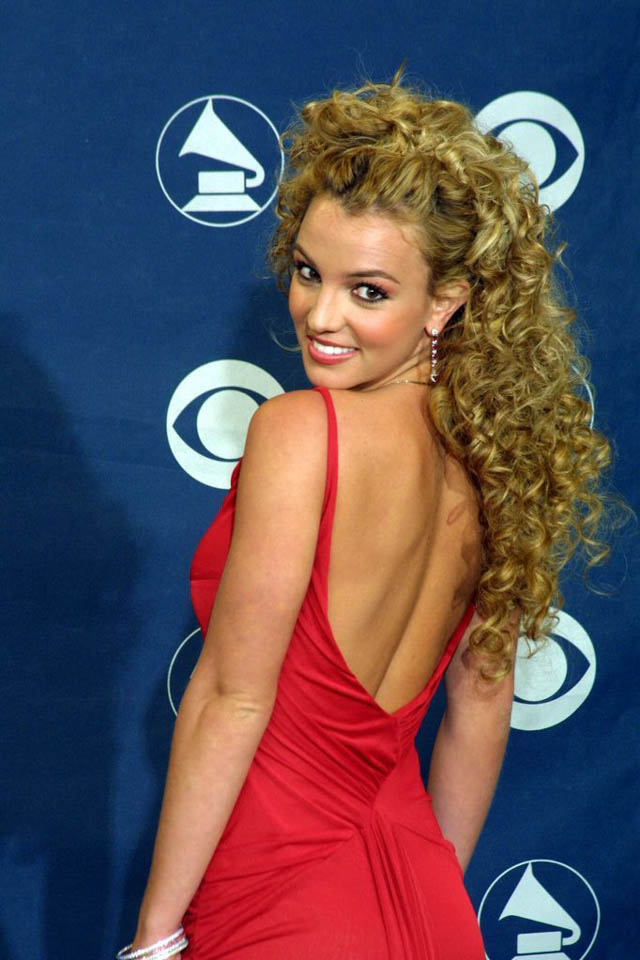 Britney went full poodle for the Grammy awards this year with a gorgeous half up half down hairstyle. We’ve actually got a more up to date tutorial on this look here, if you’re interested. 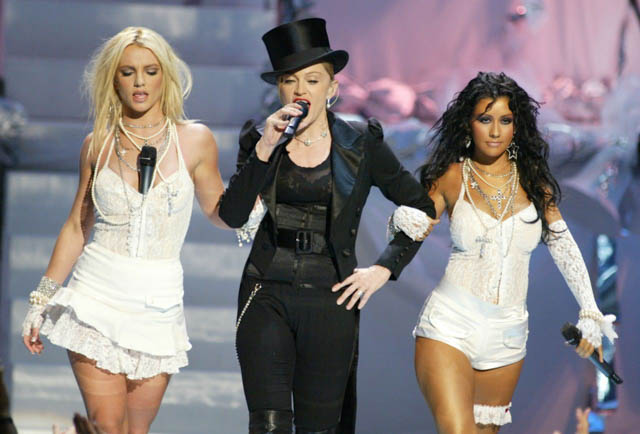 Another year, another tabloid breaking performance. This year Britney kissed the queen of pop in this rocker bride look with super blonde, layered hair and loads of extensions. 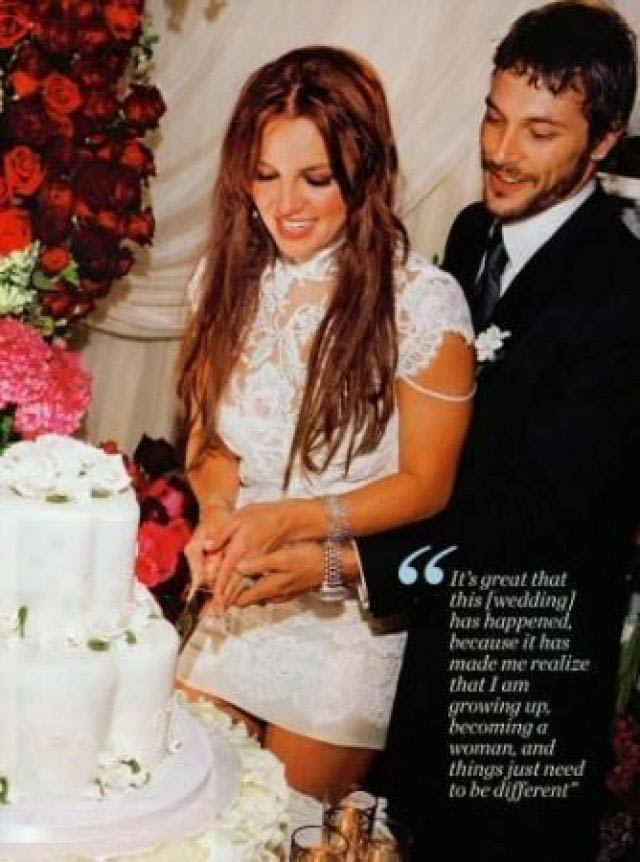 Britney tied the knot twice this year. No, not kidding and for her second marriage to dancer Kevin Federline she totally changed up her look. She went for this super rich auburn colour and added lots of extensions for extra length. 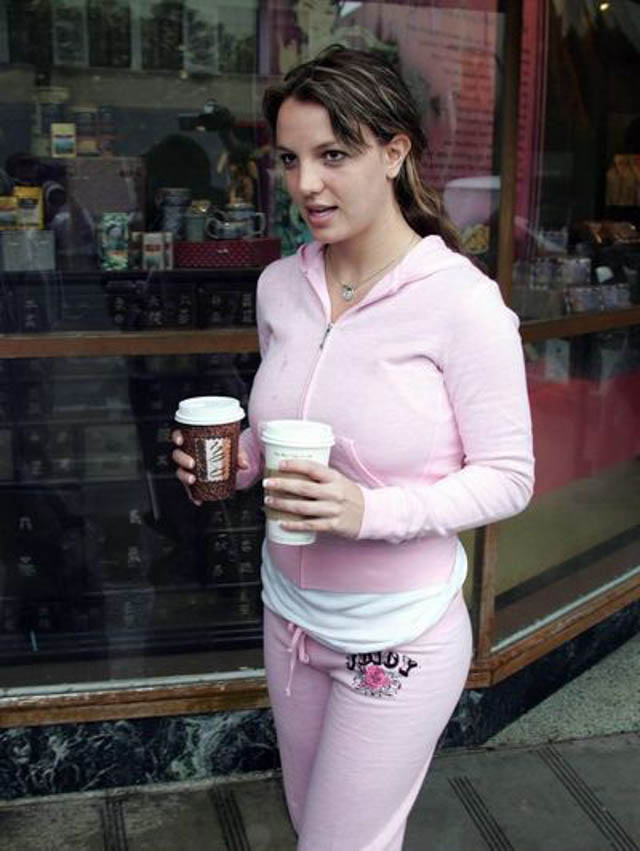 Oh my gawddddd 2005 Britney, what were you thinking? If the pink Juicy Couture tracksuit wasn’t bad enough we’re dying over those highlights. Bring back the platinum blonde... 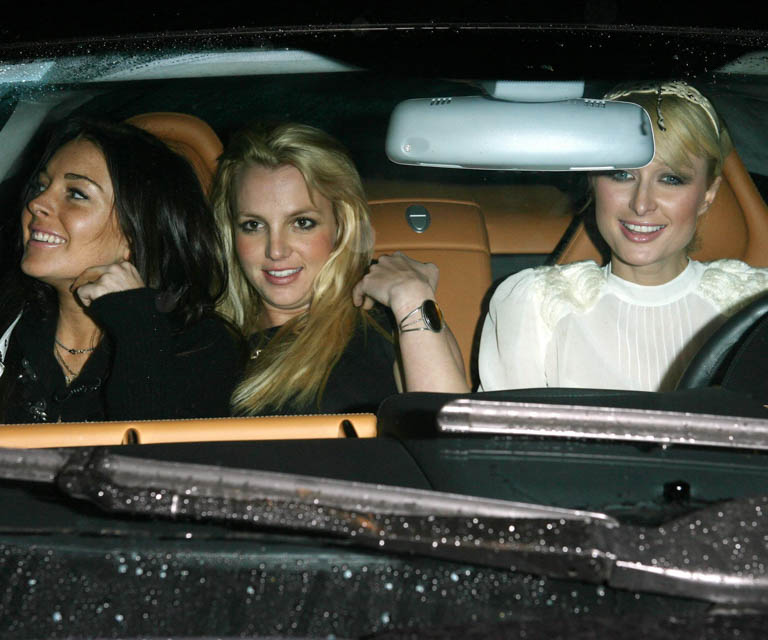 This will forever go down as the best girls night out that EVER happened. Our three fave socialites spend a wild two months together with Britney rocking her signature long blonde locks, we kinda miss this trio…

WE ALL KNOW what happened in January of 2007. This shocking eve saw Britney shave off all of her hair in a random salon in the middle of nowhere and the world was SHOOK. 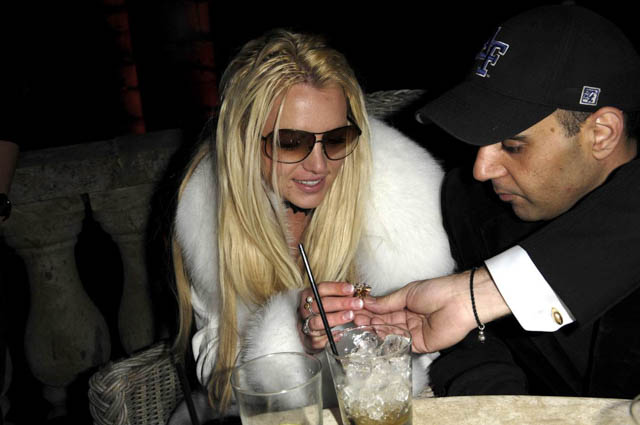 From the head shaving to the inappropriate use of an umbrella, it definitely wasn’t a good start for Britney. What came next though was the absolute worst use of hair extensions we’ve ever seen in our lives, eek! 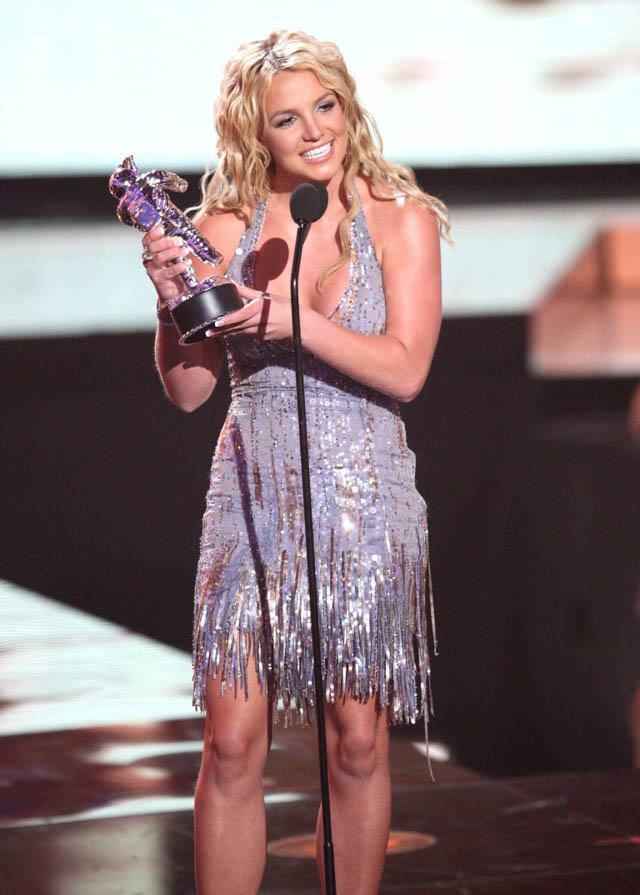 A year later our fave babe was back to her best at the VMA’s with this stunning crimped look. We love the waves with her 1920s style dress, so beautiful! She took home three awards this eve too, including Best Female Video, Best Pop Video and Video Of The Year. 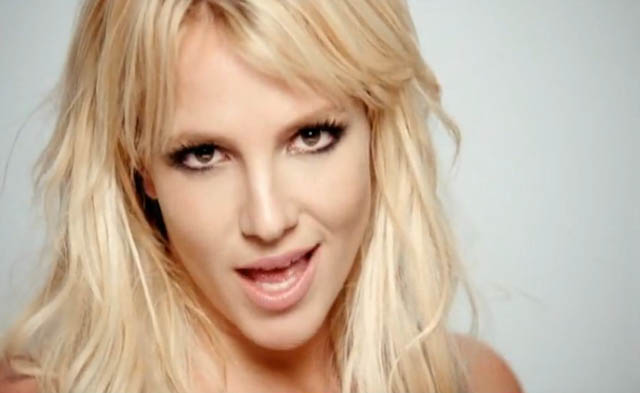 For her single 3, Britney totally changed up her look again with some side swept, Bardot style bangs. It must be a good look because this song debuted at number 1 on the Billboard charts, yas! 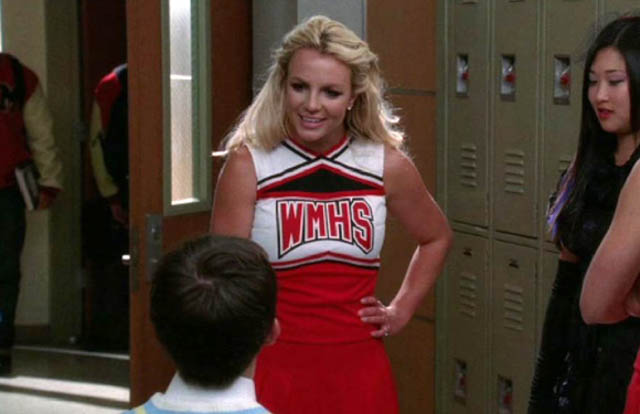 Britney made a surprise appearance on Glee for an episode titled Britney/Brittany which was watched by 13.5 million people. For her appearance she kept to her signature style of super blonde hair and loads of extensions. 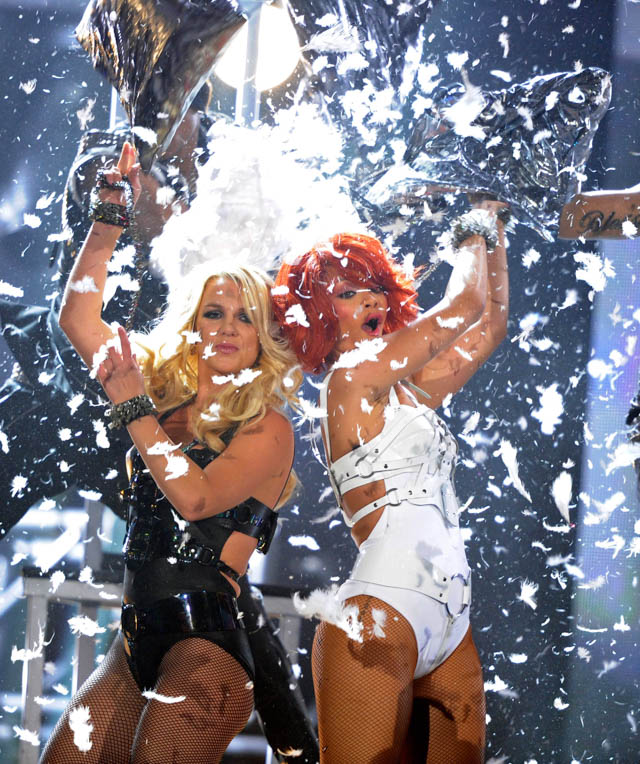 Britney performed a remix of the song S&M with Rihanna at the Billboard Music Awards this year and also won the MTV Video Vanguard Award. Her hair was blown out into supermodel waves for the occasion and we’re loving the glam look. 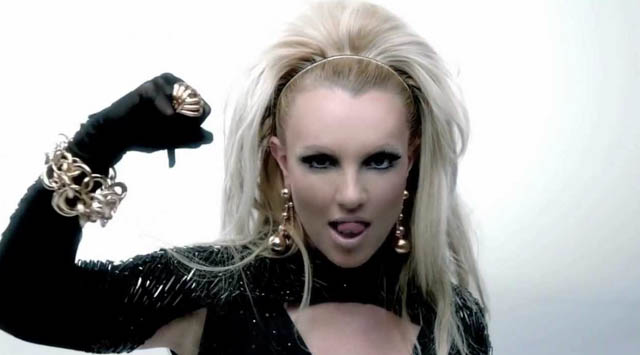 Scream and Shout was one of the best selling songs of the year and for the video Britney rocked this sky high beehive. She must have been backcombing for hours... 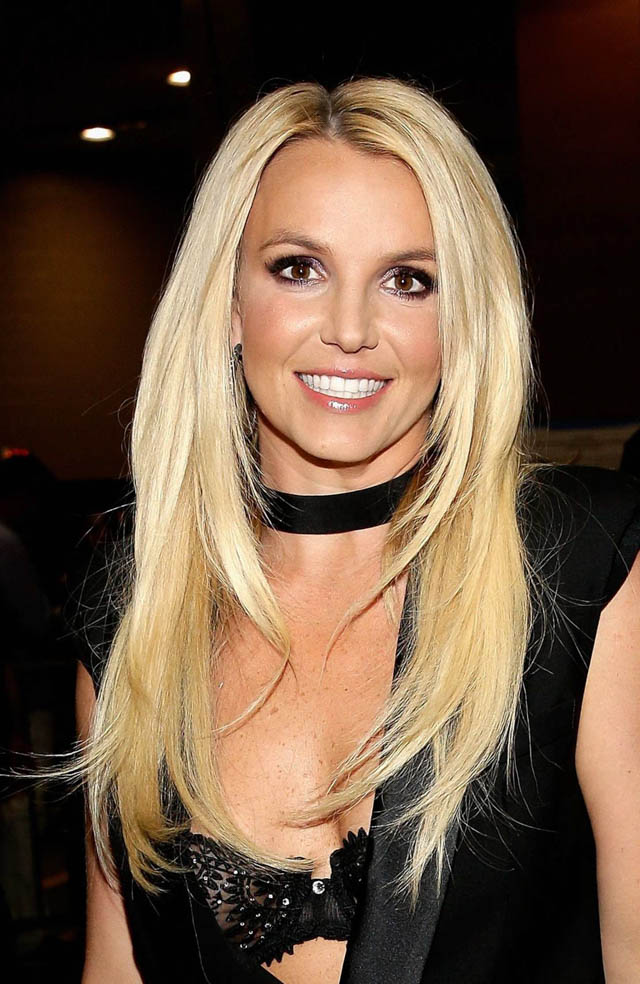 At the iHeart Radio music festival Britney went for loosely straightened hair in super light blonde. We love this style and it looks amazing on her. 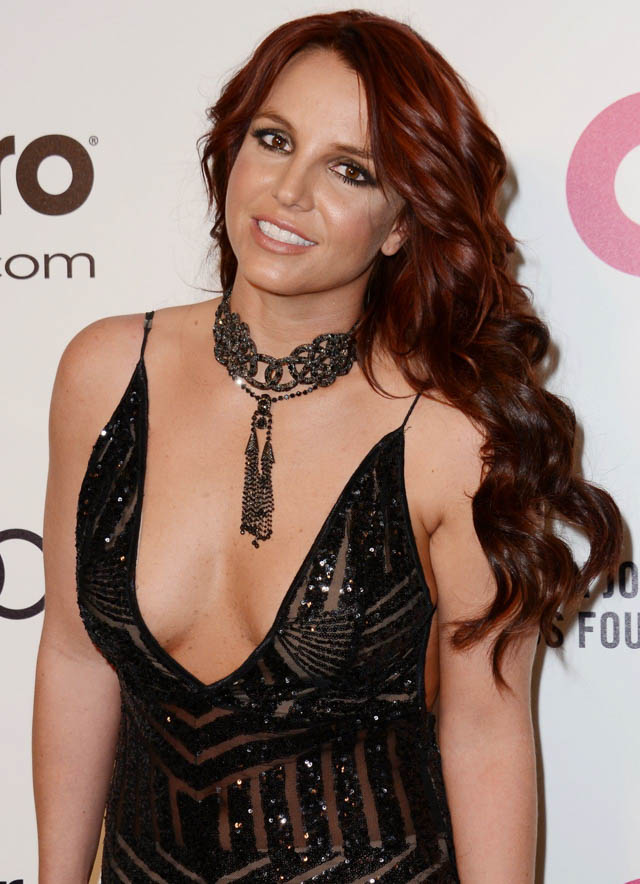 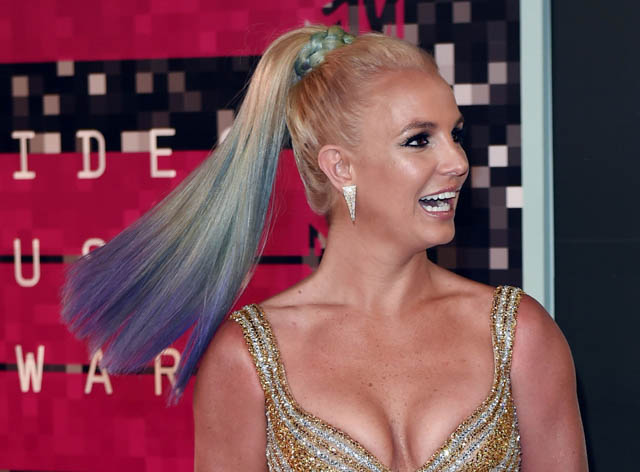 How amazing is this ombre pony? Britney wore this look to the VMAs along with a Cher inspired, diamante dress. If you want to recreate this look with your old hair extensions then click here for a quick dye tutorial. 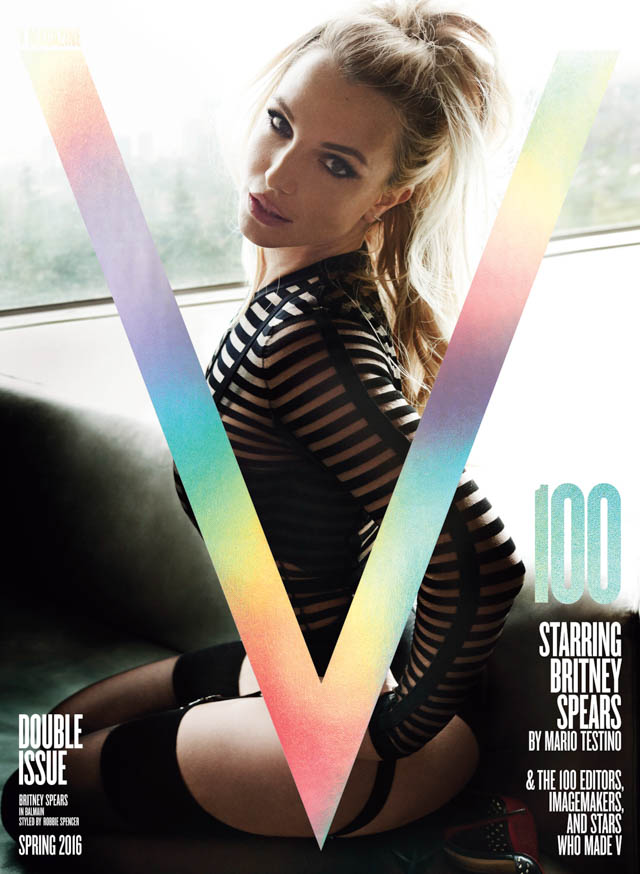 Britney was asked to cover V magazine’s 100th issue this year. Editor Stephen Gan said she was chosen because she’s such a music icon and we so agree. We’re also pretty obsessed with this super high, ditsy pony. 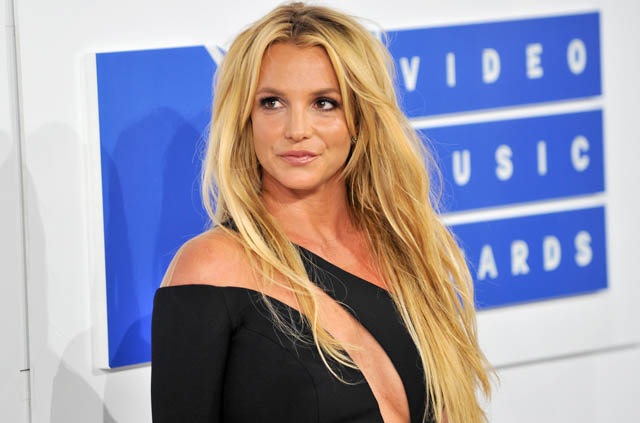 At the VMAs last year Britney was back to her best with these super long extensions styled into beachy waves. 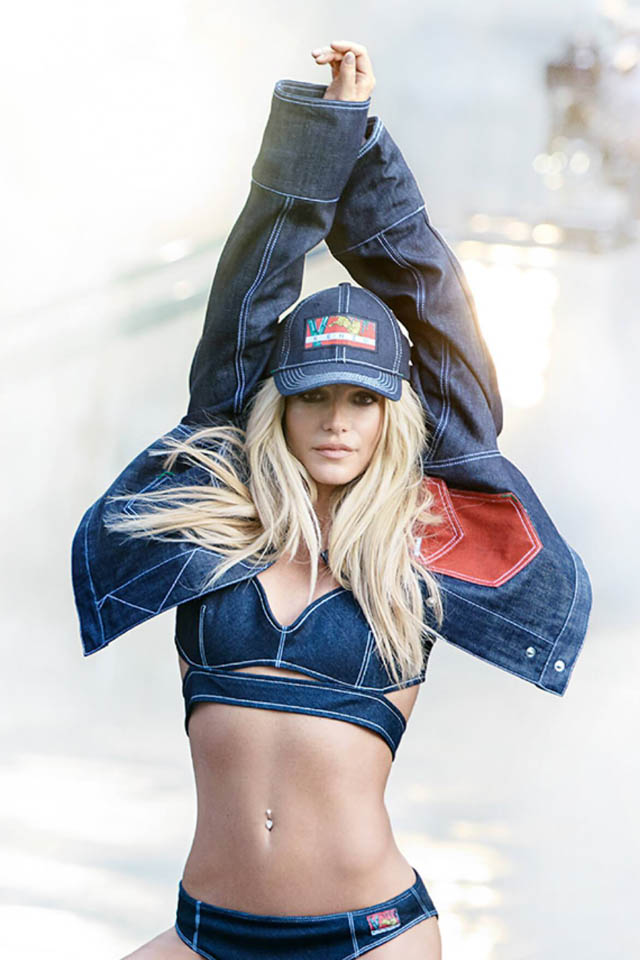 This year Britney totally killed it with an insane collaboration for French brand Kenzo. In the lookbook she’s kept her hair super long but has brought her the colour up to date with this super ashy blonde.