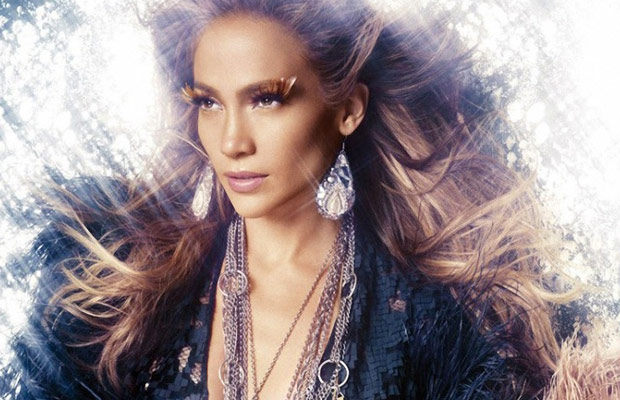 After winning the Video Vanguard Award at the VMAs this year, JLo is looking better than ever so we thought she’d be perfect for our series. She’s been a beauty icon since she first started making music and isn’t afraid of a hair transformation every once in a while either. Having such a perfect face it figures she can try anything and still look amazing. Well, everything excluding that bandana from 1999... 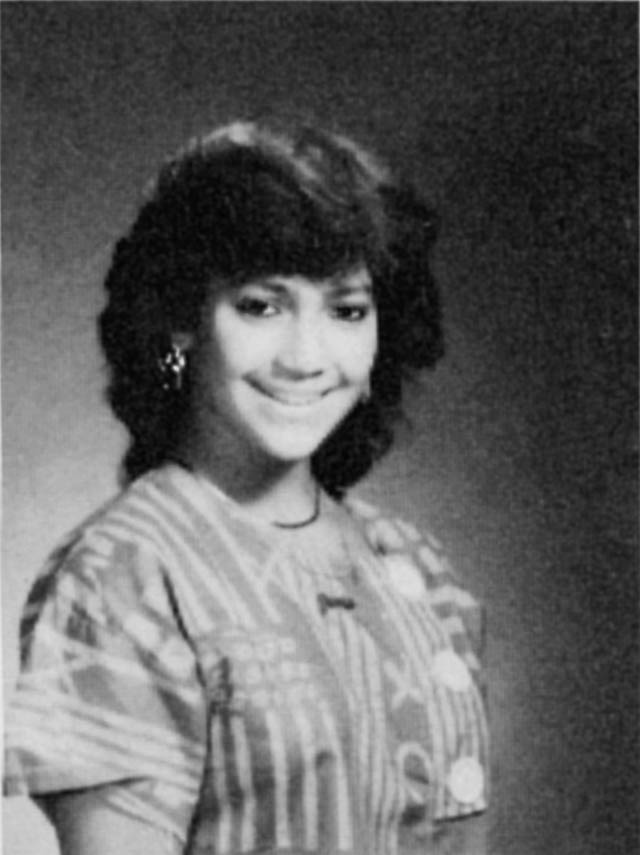 Taken for her junior year book this pic is proof that JLo has always been insanely beautiful, even if she did have crazy taste in haircuts… 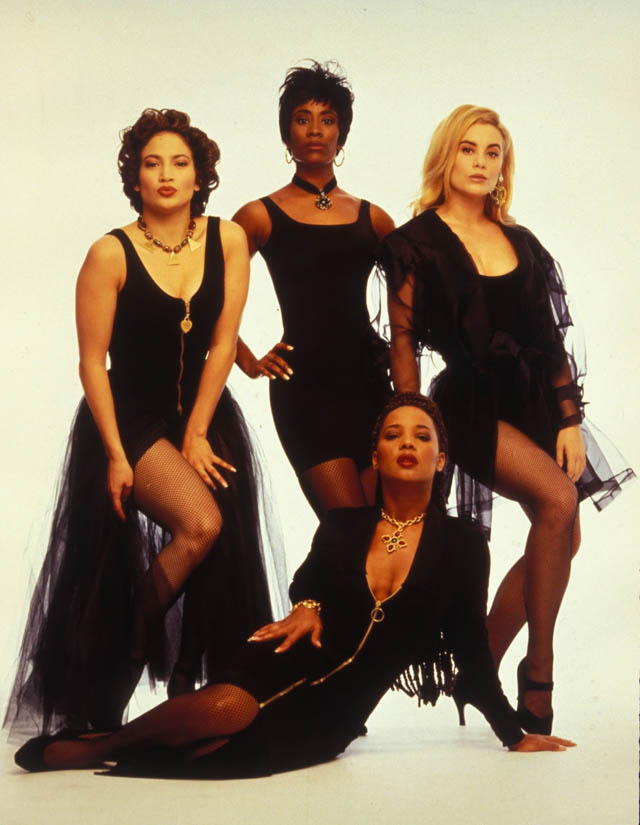 Her first break was working as a Fly Girl on the comedy show In Living Colour in the coolest 90s outfits we’ve ever seen. We also love this Marilyn Monroe style hair, such a classic look. 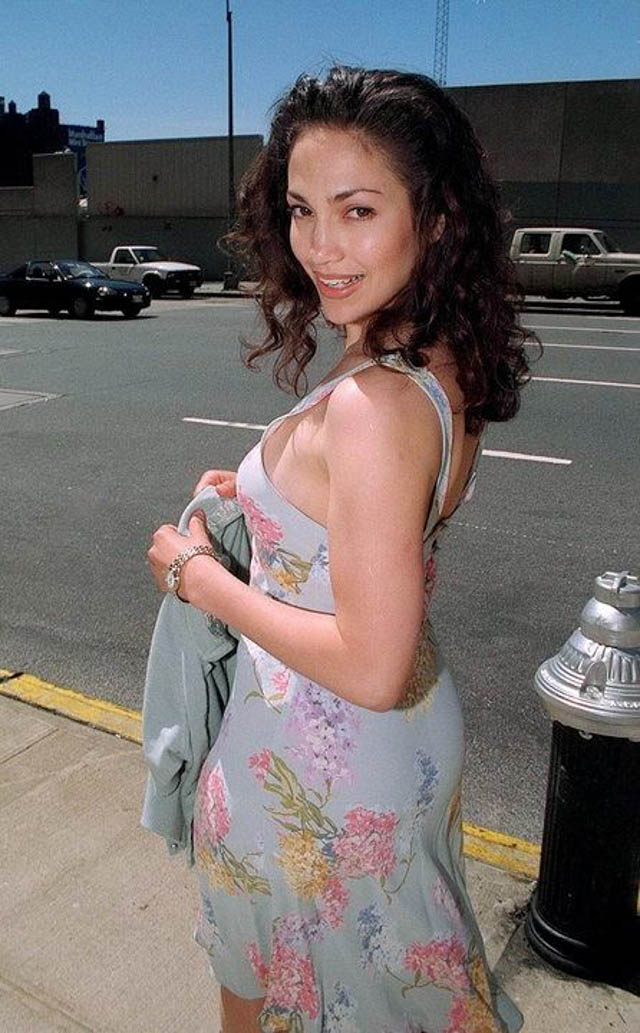 JLo starred in her first big movie this year My Family playing Young Maria and showed off her gorgeous, natural curls. We’re so jealous... 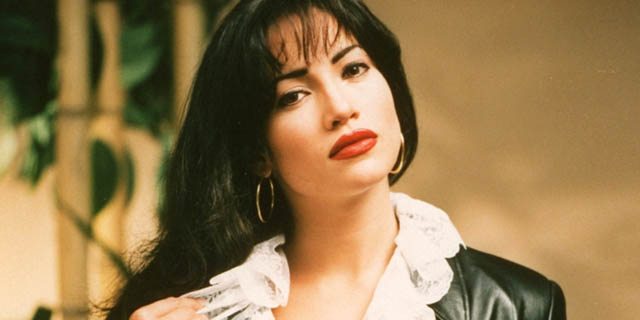 This year she played one of her most iconic roles in the movie Selena. We love the singer’s signature bangs on JLo, especially the jet black colour. 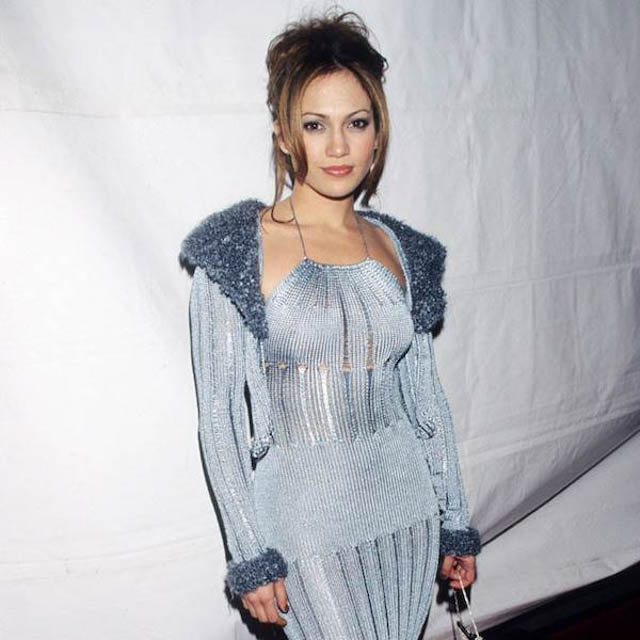 For her first ever appearance at the Grammys, JLo went for this super textured updo and some very 90s, face framing tendrils. 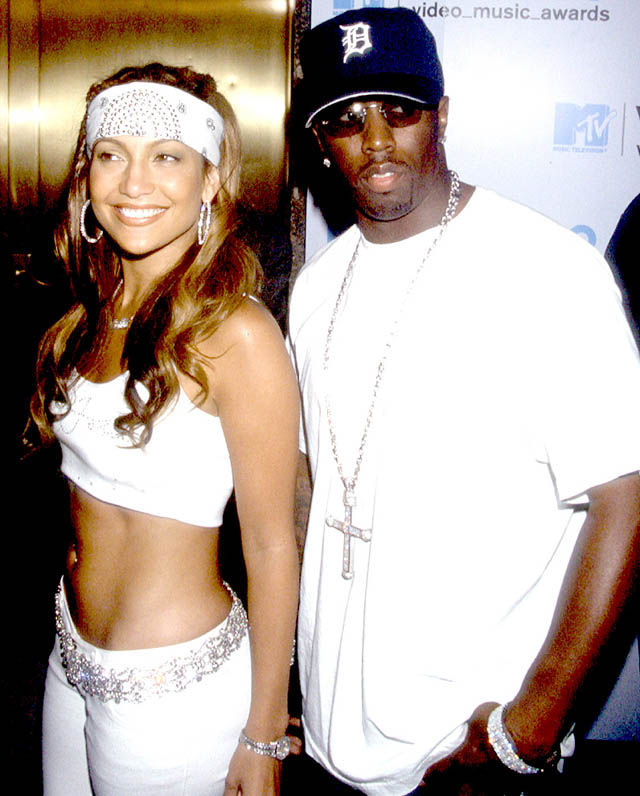 Yes this iconic fashion moment happened at the 1999 VMA’s and yes she also totally dated P Diddy. She was nominated for Best Female Video, Best New Artist, Best Pop Video and Best Dance Video for her single If You Had My Love, our absolute fave. We love her butterscotch highlights here but we’ll definitely skip the bandana. 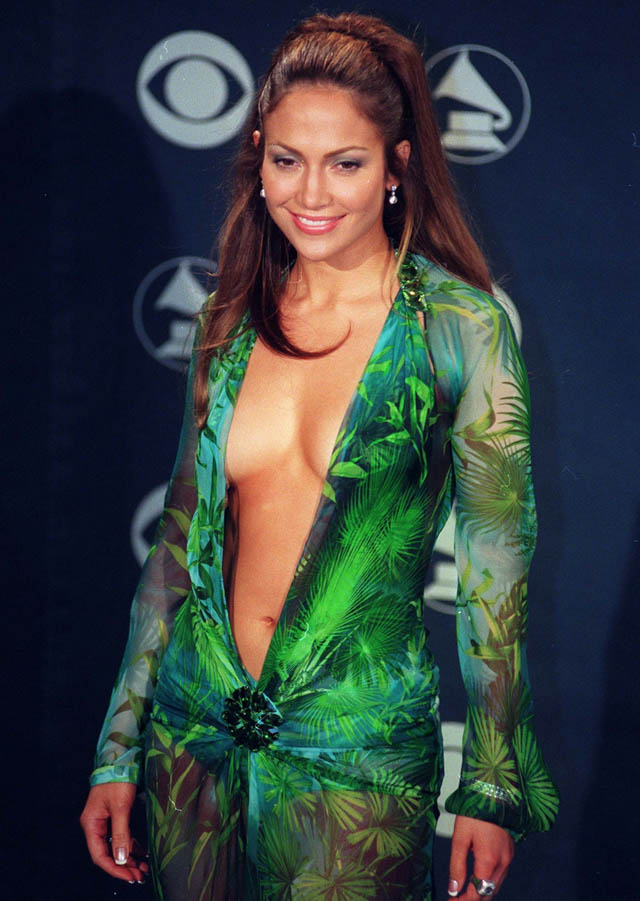 Just one year later JLo came back with another iconic look for the Grammys. This Versace dress is still talked about now but what we’re really obsessed with is her half up, half down hairstyle. 18 years later it’s still our go-to night out look. 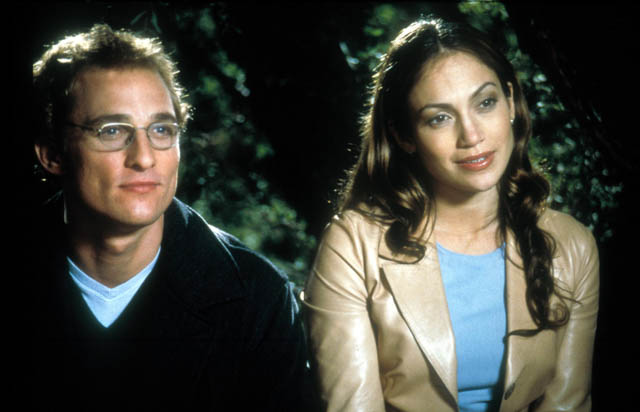 Our fave girly film The Wedding Planner came out this year and for her role as Mary she dyed her hair a dreamy chocolate brown and kept her curls super loose and relaxed. 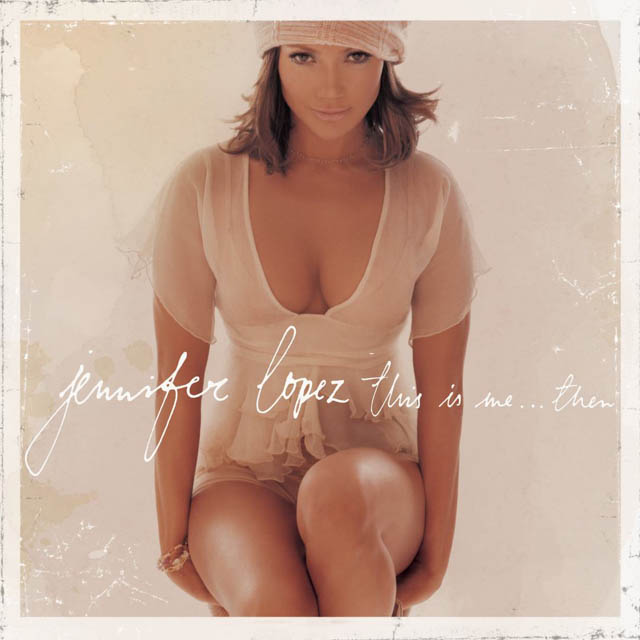 This year she released her second album which included the single Jenny From The Block our sleepover anthem. She also cut her hair super short for the occasion with loads of choppy layers but kept her signature highlights. 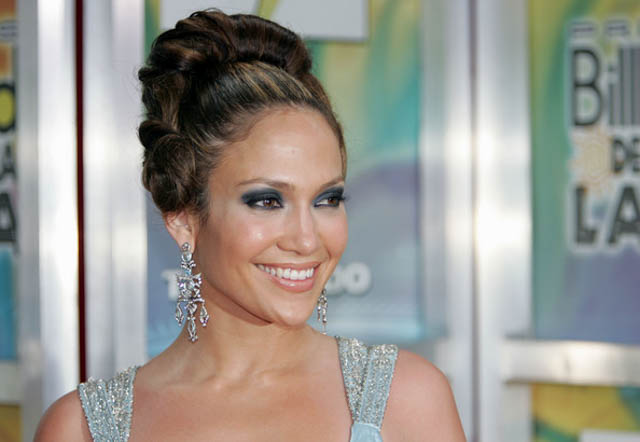 At the Billboard Latin Music Awards, JLo went for this sideways chignon. We’re not totally convinced but if anyone can pull it off it’s her. This is also the same year that she released the song Get Right and starred in Monster-In-Law. 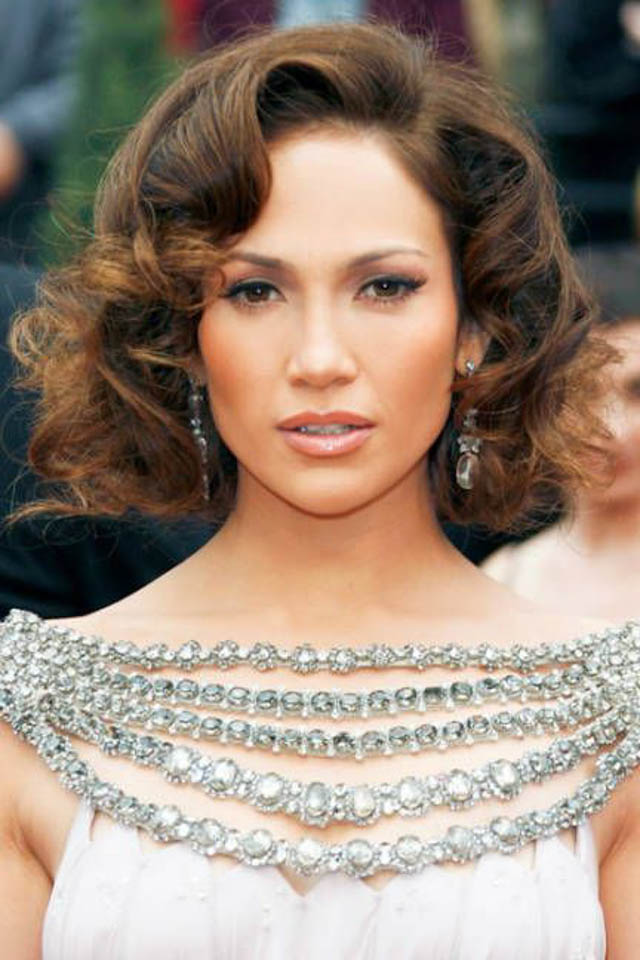 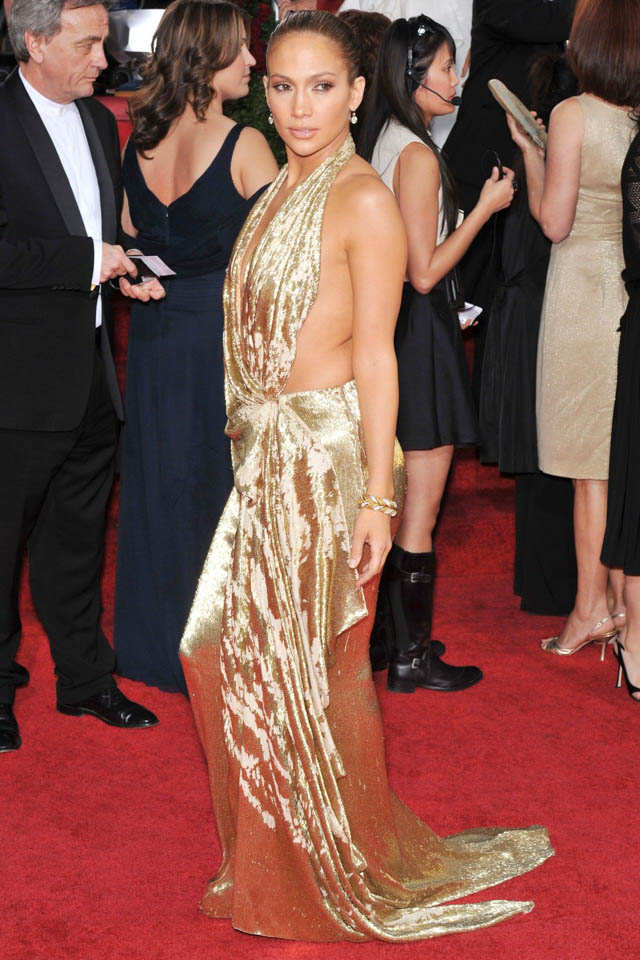 At the Golden Globes she wore this amazing gold dress and paired it with a slicked back, glossy bun. Where are the flyaways? She’s perfection. 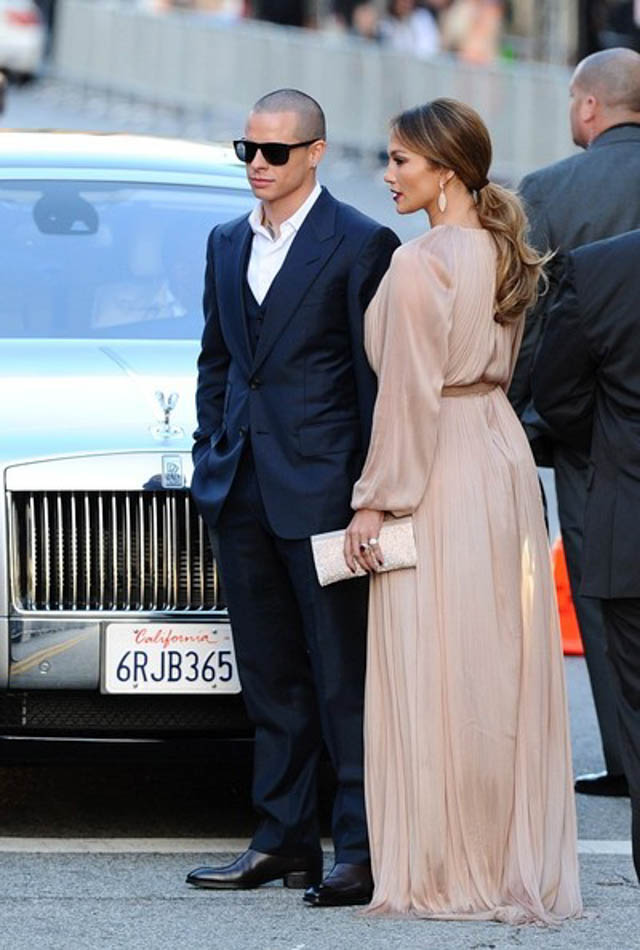 At the premier for What To Expect When You’re Expecting, JLo wore a gorgeous blush gown and went for a low pony with lots of curls. 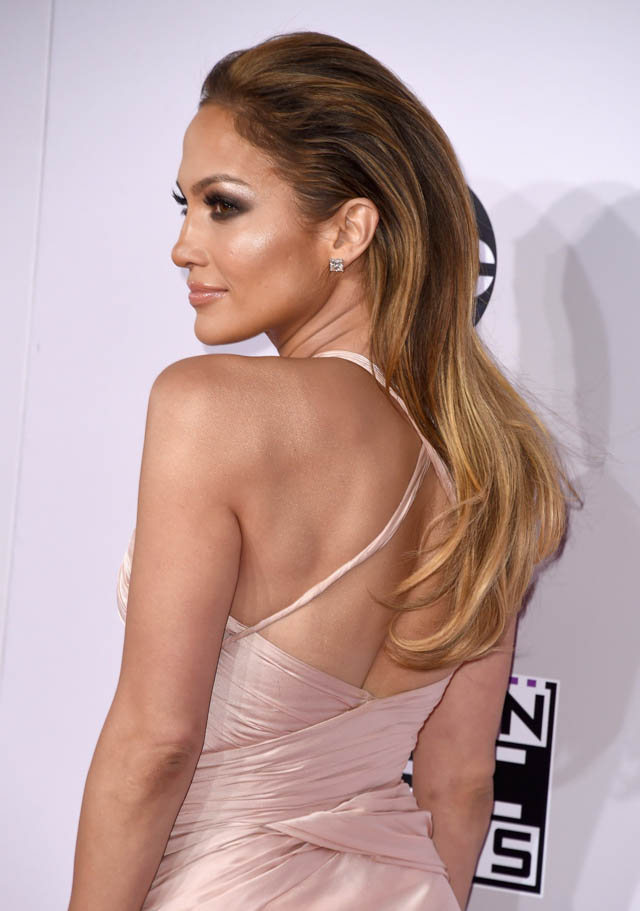 We’re so in love with this look from the American Music Awards! That ombre is amazing on her and the swept back look is so gorgeous with some loose waves. 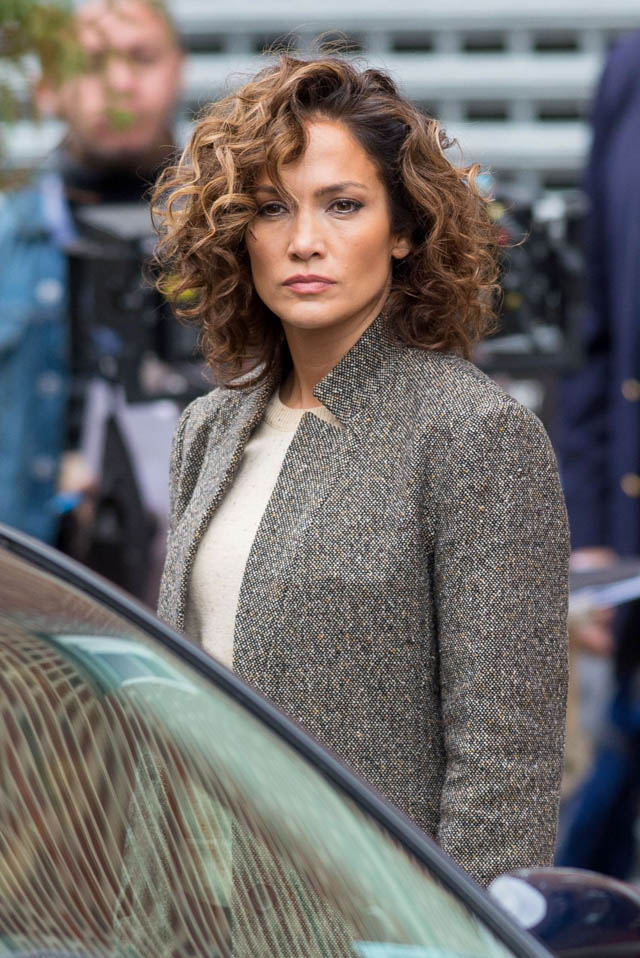 This year JLo took on the role of Harlee Santos in the crime drama Shades Of Blue with these super short, highlighted curls. 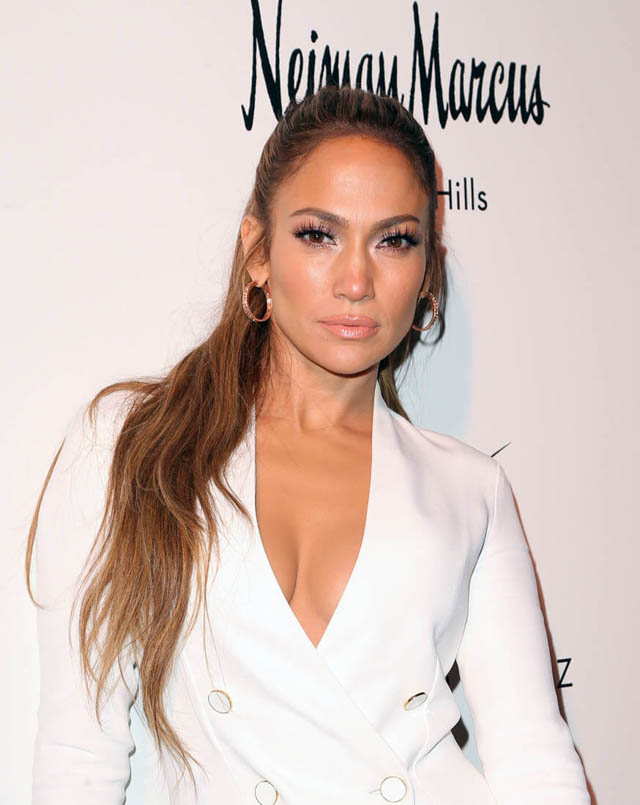 At the launch of her shoe line with Giuseppe Zanotti last year she went for this super long, textured pony. The look was created by stylist Chris Appleton who also works with Kim K and is the king of super long locks. 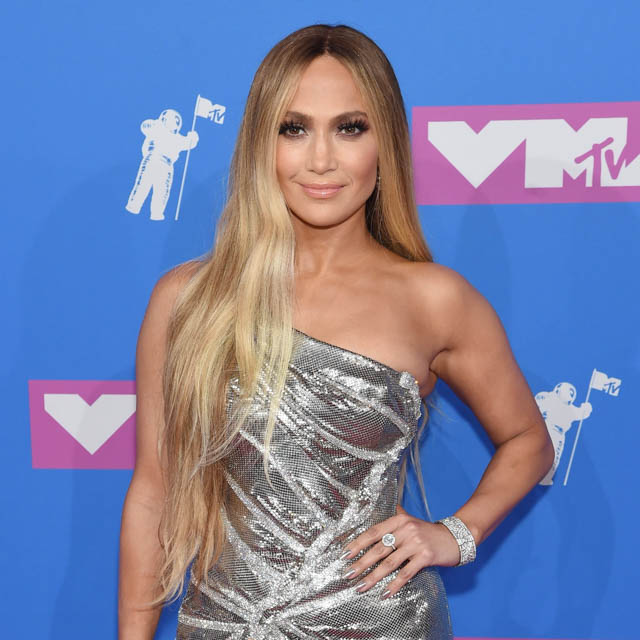 She won the Michael Jackson Video Vanguard Award at the VMAs this year and to mark the occasion kept her hair extra, extra long. This is definitely becoming her signature and we couldn’t be more in love.