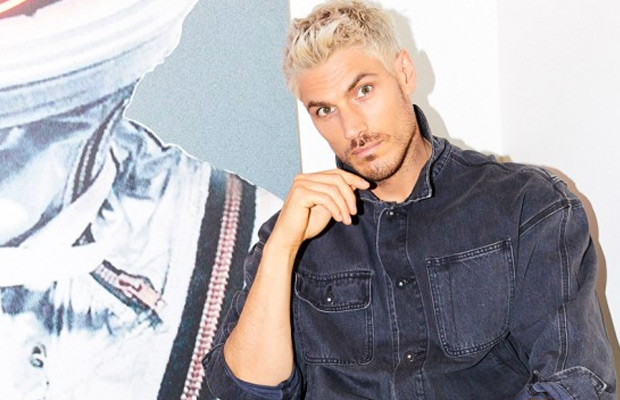 If the first thing you do when you wake up is scroll through instagram then you’re definitely not on your own. I think I speak for everyone in the Milk + Blush office when I say that we do exactly the same, especially for a boost of hair inspiration before we hit the office. It’s the best place to get an instant update on trends, new products and ideas that we can incorporate into the looks we create in the studio. There are however, a few people who are always one step ahead and always at the top of our feed. These are the people making the trends happen and much like that scene from The Devil Wears Prada choosing the looks that filter down to us. This is who you need to follow...

Atkin moved to LA at 19 and picked up jobs with Madonna and John Galliano long before meeting the Kardashians. She’s the founder of OUAI Haircare which has quickly gained cult status on instagram, along with the blog Mane Addicts and training school Mane University. She’s also helped to start the career of other huge stylists like Justine Marjan and Alex Brown and was part of the team that developed the Dyson hairdryer. On her insta you’ll find loads of behind the scenes videos, tutorials and must know hacks.

After moving to LA and assisting Jen Atkin, Justine Marjan has slowly worked up the ranks and built an insane instagram following. Her recent collaboration with Kitsch which features sassy slogan hair clips is one of our all time favourites. She’s also the brains behind Kim Kardashian’s dutch braids that everyone was wearing last summer. She’s also one of the most active stylists on insta and shares full tutorials of her looks, products and hacks so that you can recreate the styles at home.

Tokyo Stylez is a master wig maker and hairstylist for the likes of Kylie Jenner, Cardi B, Rihanna and Beyonce. Tokyo started making wigs for cancer patients but was so good at it that it quickly became a much bigger business. If you’re in need of some creative inspiration then this 100% the account to follow.

As a favourite of both Kim Kardashian and Jennifer Lopez, Chris Appelton is one of the biggest stylists on Instagram right now. His signature looks include super long, hip length hair, half up, half down styles and classic Hollywood waves. Most of his looks are created using wigs or hair extensions so he’s great for getting inspiration on styling your Milk + Blush set.

Kim Kimble is Beyonce’s go to hairstylist and behind all the looks for her Homecoming, Coachella performance. She’s the queen of wigs, weaves and braids and has also worked with Zendaya, Nicki Minaj and Maliqa Haqq. She is THE person to follow if you have naturally curly or textured hair!

If you loved The Hills then you probably know Kristen Ess from Lauren Conrad’s Instagram as she’s the stylist behind all of her looks. After founding the blog The Beauty Department, Kristen Ess has cemented her status with a new haircare line for Target. What we really love about her is that she’s still really active on her account and replies to all the comments, so if you need some advice she’s so worth following.

Guy is known for his incredible hair colour transformations and is one of, if not the biggest hairstylist on YouTube. He can bring the brassiest and most frazzled head of hair back from the dead and there isn’t a single colour disaster he can’t correct either. His transformations are mesmerising to watch even if you’re not looking to switch up your hair and his signature waves are the stuff hair goals are made of.

Rita started her career by assisting one of the biggest stylists of all time, Oribe at his Fifth Avenue salon. She now has her own in the same place along with a new haircare line and a client list that includes Beyonce, Mariah Carey and Katy Perry. She’s known for her colour skills, especially the blonde, glowy highlights that are a favourite of Beyonce and JLo. We especially  love her Ask Rita highlight which is 100% worth checking out for the hair tips.