Hair Styling Lessons We Learnt From The Hills

Hair Styling Lessons We Learnt From The Hills 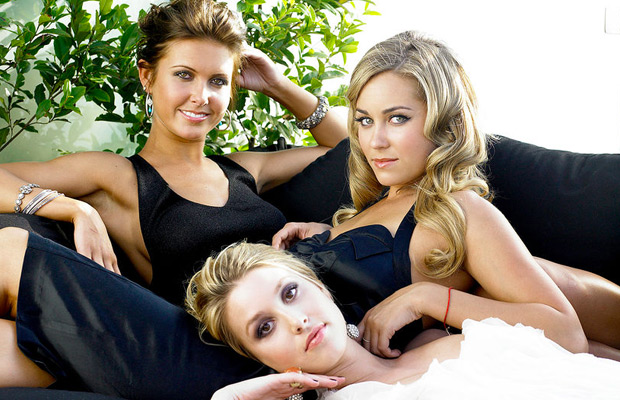 Believe it or not The Hills is officially back and even though it’s now more drinking water at the creche than cocktails at the beach, we’re totally here for it. That being said nothing could ever beat the original which was our go-to show for all the drama, fashion and hair inspiration teenage us could need. To celebrate our fave show being back on TV we thought we take a look at the hairstyling lessons it taught us way back when…

#1 Hollywood Curls Are Perfect For Any Occasion

Crashing your ex bffs wedding? Then Hollywood curls should be your go to look because they’re the most flattering hairstyle ever and perfectly match a side eye glance.

#2 Side Bangs Are The Best

If you didn’t have side bangs in the early 2000s then were you even living? I don’t think so. These were the biggest hair trend of the decade and all the girls on The Hills loved them just as much as we did.

#3 Clip Back Your Bangs

Oh my gawd. Remember this look? We’re so glad this isn’t a thing anymore but it was definitely one of the biggest hairstyles of the early 2000s. Clipping back your side bangs was an absolute necessity back then and it was LC’s go-to look.

#4 Hair Bands Go With Everything

Lauren Conrad’s black hairband was so iconic and had a front row seat for all the major drama on The Hills. She didn’t use these to push back her hair though they just kind of sat on top to accessorise her look.

Along with hair bands, Lauren also loved a hair scarf. These are still a big trend now but we’d tie it around your ponytail now rather than going for this look. No offence LC...

Before we learnt to brush out our curls, big ringlets were a major trend and were sprayed to death with a ton of hairspray. Crunchy...

We love LC but one of her worst habits was picking at her split ends, eek! This is so bad for your hair and causes loads of damage so we definitely wouldn’t try this at home.

#8 Flat Iron Your Hair And Then Flat Iron It Again

Hair straighteners, or flat irons as The Hills babes called them, were a relatively new thing when this series was on. Hair was straightened, straightened and then straightened again within an inch of its life and it was Audrina Patridge’s staple look for season 1.

#9 Invest In Your Hair Colour

As much as stripy highlights are no longer a major trend we still stand by investing in your hair colour just like the girls on The Hills. They wouldn’t be caught dead applying a box dye and they wouldn’t skip a hair appointment either.

#10 The Slicked Back Look Isn’t For Everyone…

We get that this is a big trend right now but let’s just admit the fact that we’ve all been trying to pull this off since 2006 and we’ve all failed.

Yes hair clips are totally huge right now but they were just as cool on Whitney Port way back then. She was the best dressed gal on The Hills and we still get inspired by her hair and makeup looks now. Such a babe!

#12 Side Braids Are The Best For Growing Out Bangs

Why did we ever stop wearing the side braid? This cute look is the absolute best for hiding your bangs when you’re trying to grow them out and it’s also really easy to create.